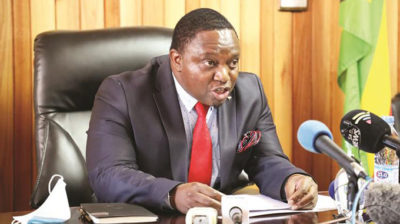 Loveness Chirisei was paid $1 418 703.09 after suing Kazembe and Matanga  over  reckless and indiscriminate shooting.

Kazembe and Matanga had been dragging their feet in complying with the order issued in July 2020 by High Court judge Justice Edith Mushore to compensate Chirisei.

They, however,  moved with speed to avert contempt of court charges by paying her off on Friday, the Zimbabwe Lawyers for Human Rights (ZLHR) confirmed.

“Chiriseri was injured when a police officer manning a police checkpoint at the intersection of Seke Road and Delport Road shot twice at a private vehicle she was travelling in,” ZLHR said.