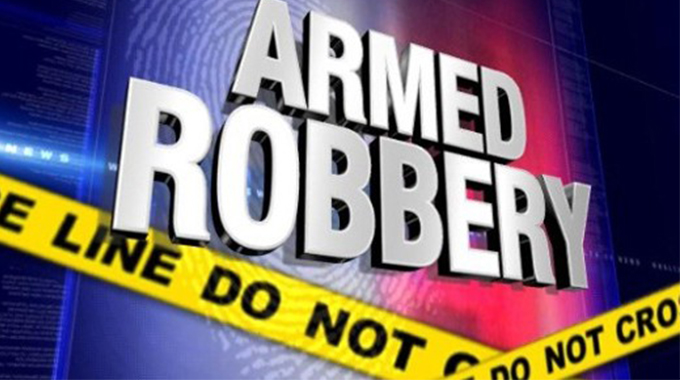 A BULAWAYO schoolgirl was stripped naked by three robbers, who went on to stab her after she disembarked from a bus.

The 17-year-old girl from Nkulumane was attacked at the intersection of Intemba and Khami roads.

Bulawayo provincial  police spokesperson Inspector Abednico Ncube said the suspected robbers were yet to be accounted for.

“The robbery  occurred on  May 1 at around 7pm, corner Intemba and Khami roads. The complainant is a female juvenile aged 17 years and  the accused persons are three unknown male adults,’’ said Ncube.

He said the robbers pounced on the girl while she was on her way home from central Business centre after one of them stopped her and demanded cash.

They undressed the girl before taking away her jacket, denim trousers, T-shirt, pair of socks,  pair of shoes and a black hat. One of the robbers stabbed her on the buttocks.