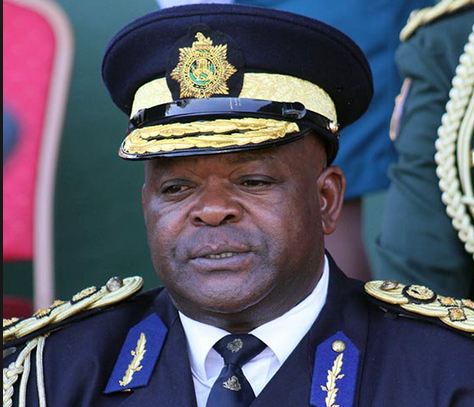 THE Special Anti-Corruption Unit (SACU) and the Drugs and Narcotics outfit that falls under the Criminal Investigation Department (CID) have busted an alleged underground syndicate comprising top police officers and civilians involved in the trafficking of drugs and firearms, the Zimbabwe Independent has learnt.

The SACU is housed under President Emmerson Mnangagwa’s office and complements the work of the police and the Zimbabwe Anti-Corruption Commission (Zacc).

Government and security sector sources this week revealed that some of the police officers involved in the racket had been arrested, adding that the net was closing in on their alleged accomplices.

The sources said the syndicate had been seizing confiscated drugs from drug mules and diverting them to the lucrative underground market.

A “very senior officer in the ZRP (Zimbabwe Republic Police) command structures” (name supplied) is under close investigation by a multiple-agency crack team as he is alleged to be the ring-leader, one reliable source said.

Last week, Chrispen Charumbira, a commissioner who has been directing the CID department, was arrested, taken to court and remanded in custody to October 8.

The State is alleging that he attempted to secure the release of alleged drug dealers in a case that sources said could just be the tip of the iceberg.

Charumbira is alleged in court papers to have ordered three of his subordinates to release one Charles Chabata Magolise, who had been arrested for possession of dangerous drugs.
The team reportedly recovered cannabis from Magolise but, according to the State, Charumbira allegedly first called the detectives to abandon their mission and, when they disobeyed, he allegedly summoned them to his office to admonish them.

The alleged ringleader, sources said, is also being investigated on suspicion of facilitating the unprocedural disposal of vehicles held by the ZRP Vehicle Theft Squad (VTS), a specialised section that deals with cases of theft and robbery of motor vehicles.

The Zimbabwe Independent this week was shown a confidential police document which lists 14 officers who are being investigated for car racketeering.

“The investigation is getting serious and the target has been this ringleader, but no one has been willing to come forward with information to support allegations being levelled against him.

“This syndicate has been in existence for many years and is behind the smuggling of drugs and fraudulent clearance of smuggled firearms as well as the unprocedural sale of vehicles held by VTS,” an official said.

“More high profile arrests are coming in the next two to three weeks. Investigations now also involves the CIO (Central Intelligence Organisation) and other security agencies,” the source said.

“So far, investigations have revealed that (the syndicate) would sometimes confiscate drugs from drug mules and, instead of surrendering them for use as exhibits in court, they would then direct the contraband to the market through their proxies and make a killing out of it,” the source said.

The accomplices would also reportedly facilitate the smooth passage of drug mules through security checkpoints in the event of tip offs.

As part of the investigation, the Zimbabwe Independent was further told, Police Commissioner General Godwin Matanga has since instructed one of his deputies, Elliot Ngirandi, to put in place measures to protect witnesses willing to testify against the top officials currently under investigation.

This comes as reports suggested that Charumbira had numerous sympathisers within the police ranks and some of them are reportedly under a separate investigation for attempting to interfere with investigations and influence court proceedings.

“To tell the truth, there is chaos in the police and people fear there could be retribution because drug syndicates do not yield easily.
“Some of those witnesses willing to testify have approached their seniors with complaints that they are being targeted and it’s all a messy affair.

“This is the main reason why Matanga about two weeks ago instructed Ngirandi to put in place measures to protect witnesses because lives were in danger,” an inside source said.

National police spokesperson, Assistant Commissioner Paul Nyathi, said he was not aware of the probe but promised to look into the issue.

“I will have to make inquiries on that and will update you if I get anything,” he said.

SACU chairperson Thabani Mpofu decline to comment saying: “We do not discuss those issues with the press.”

Zacc last month told this publication that it had launched a massive crackdown targeting senior ZRP officers implicated in corruption.

Already, some ZRP bosses mainly from the CID have been arrested and taken to court for alleged corruption.

Mabgwe is a member of the ZRP CID Headquarters Legal Department and has participated in the arrest of numerous high profile individuals accused of fraud and related cases.

Assistant Commissioner Obey Moyo is another top police officer who has also been arrested, together with investigators Claudious Majonga, Aaron Karuru, and Naboth Nyachega.