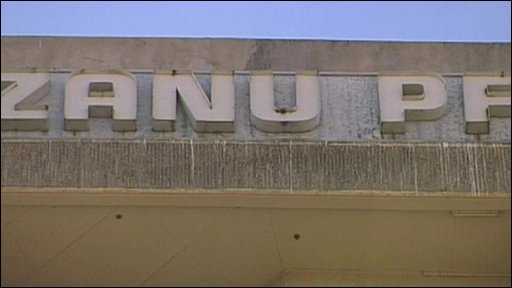 ZANU PF leaders are reportedly toying with the idea of suspending district co-ordinating committee (DCC) elections following reports that the exercise had caused sharp divisions in the party.

The ruling party is currently on a restructuring exercise that includes election of DCC members, but sharp divisions have emerged as jostling for positions continue.

It has emerged that Zanu PF bigwigs have been divided, with some supporting candidates linked to President Emmerson Mnangagwa, while others are for candidates loyal to his deputy, Constantino Chiwenga.

Chiwenga is allegedly accused of working with former party members under the banner of G40 to wrest power from his boss, a charge he has denied.

The G40 element in the DCC polls has also made things worse in the party as Zanu PF fears they were infiltrating party structures and sponsoring their preferred candidates to cut Mnangagwa’s support base.

Party insiders said so deep were the fights on the ground that the party may be forced to drop the elections across all provinces.

A lot of chaotic scenes have been reported in Marondera, Tsholotsho and Mashonaland Central province, where businessman James Makamba wanted to snatch the provincial chairmanship from Home Affairs minister Kazembe Kazembe, among others.

Zanu PF national commissar Victor Matemadanda yesterday said he was yet to receive a directive to abort the DCC elections, adding that the speculation on that could be caused by people with “sinister agendas”.

“It may be a strategy by others to make other competitors relax while they get on the ground, I don’t know really. I don’t have such an instruction,” he said.

Last week, Zanu PF secretary for administration Obert Mpofu accused the G40 cabal of infiltrating structures and sponsoring chaos in the processes, an indication that the ruling party was admitting to chaos in the running of the DCC elections.

The G40 cabal, a group of former Zanu PF officials forced into exile following the November 2017 military coup, has insisted that it was still alive in the party structures as “G40 is an idea whose time has come”.

“They are fighting an idea whose time has come. G40 is not four of five individuals, it is a renewal thought within Zanu PF and they are resisting being succeeded. You can chase four or five people out of the country with guns, but the structures will remain on the ground,” Mzembi said this week.

In 2012, the late former President Robert Mugabe was forced to disband the DCCs as they had caused divisions in the party at the height of factional fights between Mnangagwa and then Vice-President Joice Mujuru.

This came as Mnangagwa was accused of using the DCCs to consolidate power while angling to take over from Mugabe, when the late veteran leader was rooting for Mujuru.

Mugabe and Mujuru clashed two years later and she became the first Vice-President in independent Zimbabwe to be shown the exit door.