Police guarantees peace ahead of polls 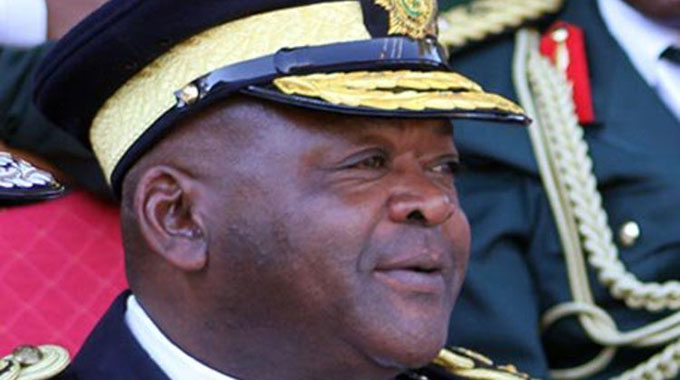 Source: Police guarantees peace ahead of polls | The Herald May 8, 2018

Addressing senior police officers in Bindura last week as part of his tour of the country’s provinces, Comm-Gen Matanga said those who will engage in conduct that is likely to put the forthcoming elections into disrepute will be arrested and dealt with according to the law.

“The elections are fast approaching and as a province, you must ensure that all your personnel are fully acquainted with their duties and responsibilities,” he said.

“As ZRP, we should remain alive to the critical Constitutional role we play in contributing towards the creation and sustenance of an environment that is conducive to the holding of free, fair, peaceful, credible and transparent elections.

“Both instigators and perpetrators of political violence or anyone and I repeat, anyone who engages in any criminal conduct that seeks to discredit the 2018 plebiscite must be arrested and be dealt with according to the law. There should not be any sacred cows.”

There is an on-going active campaign against political violence.

According to Comm-Gen Matanga, ZRP has since prepared pocket-size handbooks outlining the relevant laws that are peculiar to the election season.

He added that the ongoing retraining of police officers on public management should ensure that a sizeable number of provincial staff is included.

The visible policing trajectory that has found expression in the introduction of adequately supervised patrol units, he added, should also put the police force in a good stead to effectively deal with all forms of political violence or other related offences.