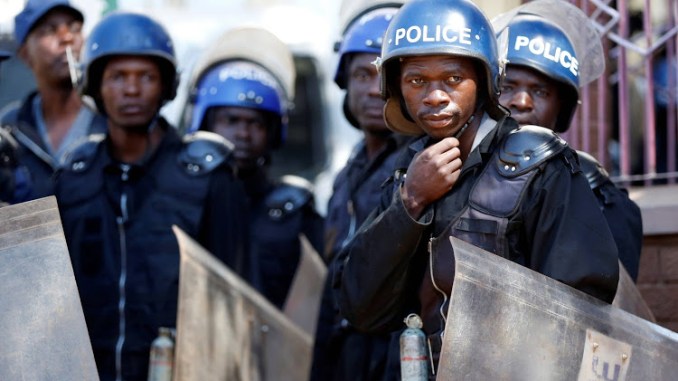 It later emerged that police were looking for one Frank Mudimu whom they said was wanted for illegally dealing in firearms.

“… there are reasonable grounds for believing that Frank Mudimu of house number 18, Cuba Road, Mt Pleasant, Harare, committed a crime of contravening of section 4(1)(a) of the Firearms Act [Chapter 10:09] (unlawful possession of a firearm) where it is believed that the accused is in possession of several firearms, ammunition and arms of war,” the search warrant read in part.

The police raided Magaya’s home and left after they failed to locate Mudimu.

In a statement yesterday evening, police spokesperson Assistant Commissioner Paul Nyathi said Magaya’s home was one of the three houses raided in Harare in search of suspected arms dealers.

“As a result, one suspect, Ashref Kara of number 66 Argyle Road, Avondale West, Harare, has been arrested for possession of unlicensed firearms and ammunition.

Magaya is founder of PHD Ministries.