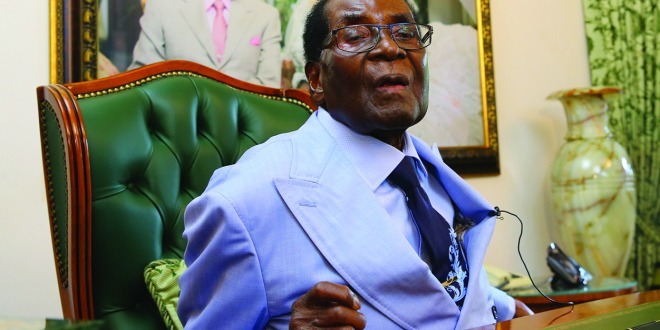 POLICE in Bulawayo yesterday reportedly declined to open a genocide docket against former President Robert Mugabe after members of the Mthwakazi Republic Party (MRP) sought to have him charged for Gukurahundi massacres.

The secessionist party wanted to lay a formal criminal charge against Mugabe in terms of Section 98 (2) of the Constitution after the former Zanu PF leader was quoted as saying the Gukurahundi massacres “were necessary”.

“We were told genocide is too big for police and what we can do is go to the office of the prosecution and lay a charge. We even asked about the High Court, they told us we should start with the smaller court going up with the hierarchy till we reach the top. We are going to fight anyway,” he said.

In a related development, Zapu leader Dumiso Dabengwa has threatened to demand a review of his 1983 treason trial alongside the late Zipra commander Lookout Masuku, to dispel claims that the former liberation party was to blame for the Gukurahundi massacres.

The treason trial revolved around the discovery, in February 1982, of arms caches on a property owned by Zapu with Mugabe’s government accusing Zipra combatants of plotting to overthrow him.

The discovery was the final straw that torched off the Gukurahundi mass killings in Matabeleland and Midlands which left over 20 000 civilians dead.

Dabengwa and Masuku were later acquitted of treason charges in April 1983, but immediately rearrested and detained until Masuku’s death in 1986.

In July last year, Dabengwa formed the Dumiso Dabengwa Foundation (DDF) to, among other things, push for restorative justice for the Gukurahundi and political violence victims in the country dating back to 1980.

On Tuesday, the foundation announced that it was reviewing the treason trial evidence to ostensibly prove that the discovery of the arms cache was used as a cover up to deploy the North Korean-trained Five Brigade on innocent civilians.

“Due to the persistent argument that Gukurahundi was in response to a cache of arms meant to overthrow government by Zipra; The DDF will be reviewing the treason trial evidence, exhibits and judgment of its patron Dabengwa, his friend Lookout Masuku and five others,” the DDF said in a statement.

“The purpose of such a review will be to prove that the arms cache had nothing to do with overthrowing the government and that those tried for treason were acquitted. Perpetrators of Gukurahundi must then give another explanation for Gukurahundi …”

Mugabe last week denied responsibility for the 1980’s mass killings, arguing: “Zapu and Zipra are also to blame.” He also questioned the 20 000 deaths resulting from the mass killings.

In January, Dabengwa told a dialogue forum to discuss Gukurahundi in Bulawayo that the mass killings were planned as way back as 1979.

Dabengwa said Mugabe and President Emmerson Mnangagwa and other army generals were told during the Lancaster House talks that Zapu and Zipra were “enemies of the State” that had to be dealt with after the 1980 elections, culminating in the Gukurahundi massacres.