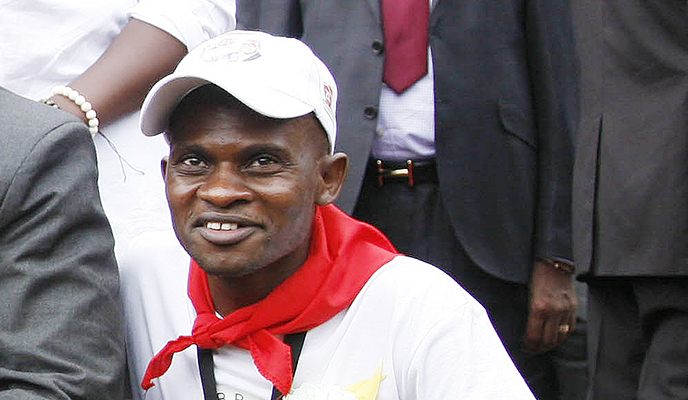 BY MOSES MATENGA/SIMBARASHE SITHOLE
POLICE yesterday said they are still to receive reports on cases of violence that are said to have been witnessed across the country in the ongoing Zanu PF restructuring exercise.

This is despite confirmed cases of violence in Harare, Mashonaland Central and Midlands provinces and demonstrations in Manicaland province against provincial chairman Mike Madiro.

Police national spokesperson Assistant Commissioner Paul Nyathi said no report on the alleged violence has been made.

“The Zimbabwe Republic Police has not received any reports throughout the country in terms of violence and assault and that is the position,” Nyathi told NewsDay yesterday.

In Harare, provincial chairperson Godwills Masimirembwa confirmed to the media that he was assaulted by aspiring chairperson, Godwin Gomwe during a restructuring exercise in Epworth on Sunday.

“Zanu PF does not tolerate any violence,” Masimirembwa was quoted saying.

“Even if you disagree on things, you have to dialogue, and not use violence. Law enforcement agents are dealing with that matter. I did not fight him. He assaulted me.”

Masimirembwa said he had made a police report. Gomwe was not immediately available for comment.

In Gokwe-North, there were reports of skirmishes that saw the local district coordinating committee chairperson Justice Mayor Wadyajena intervening to rescue a party official who was under siege and taken to a local police station on accusations of manipulating the voting process.

Reports from Mashonaland Central yesterday indicated that police were called in to calm down flaring tampers after some party officials in Mt Darwin were allegedly caught trying to manipulate the electoral process. The elections were summarily aborted.