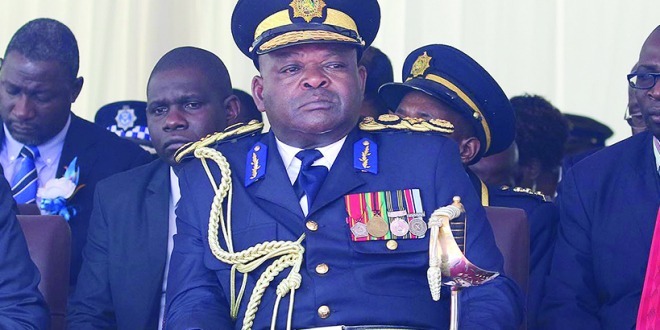 Mamombe is claiming $10 million, while Chimbiri wants $5 million for the embarrassment they endured after their nude pictures went viral on social media platforms.

The nude pictures were allegedly captured by State security agents at Park Town Hospital in Harare, where Mamombe, Chimbiri and Netsai Marova were receiving treatment following an alleged abduction and torture by suspected State agents.

The trio in May last year gave notice to sue the police, saying publication of the pictures was a violation of their constitutional rights.

The alleged pictures were shot by one of the police officers conducting a forensic investigation on the trio.

The two claimed that Philip had assured them that the pictures would not be circulated, but they were shocked to see them making waves on social media platforms.

Part of the summons by the ZLHR read:  “As such, on the evening of May 15, 2020, the first defendant in the company of Dr Nyamakure arrived in the ward where the plaintiff was receiving medical assistance.

“The first defendant identified herself as being from ZRP Forensic Department and proceeded to take photographs of the plaintiff’s body purportedly as part of evidence. Further, she captured pictures of the plaintiff and her colleagues who were hospitalised together with her, namely Netsai Marova and Cecilia Chimbiri.”

The human rights lawyers said the first defendant, would on various occasions, request the plaintiff to remove clothing and expose various sections of her body so that she would take the
pictures.

“This exercise was carried out solely by the first defendant and no other person was granted permission by the plaintiff to do so,” ZLHR said.

The two said their dignity had been severely tarnished since the circulation of the pictures was made negligently, maliciously and unlawfully, releasing the sensitive photographs of the plaintiff’s body into circulation.

Mamombe said she suffered damages in the sum of $10 million, comprising $3 million contumelia, and $7 million injuria.