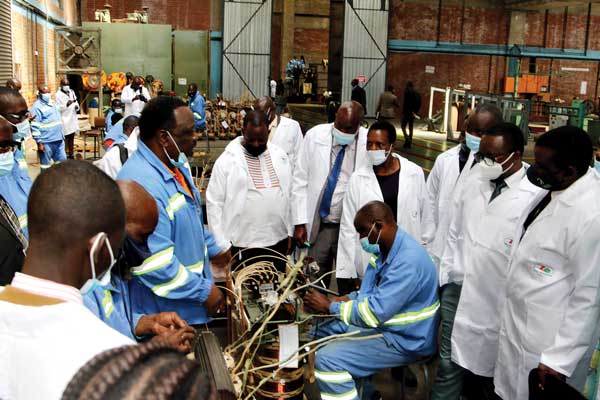 BY MTHANDAZO NYONI
ZESA Enterprises (Zent), a subsidiary of State-run power utility Zesa Holdings Limited with a mandate to produce power transformers, says its operations have been curtailed by poor funding.

Zent’s role had assumed significance since the country’s foreign currency crisis escalated in the past year, making it crucial for Zimbabwe to produce its own transformers.

Transformer shortages have worsened due to mass vandalism in Zimbabwe, where Zesa estimates it has been losing millions of United States dollars per annum.

Last week, the firm said it required about US$7,2 million per year to produce between 250 and 300 transformers every month.

Zent acting managing director Burusa Mandipezano told NewsDay Business that the firm was currently getting US$4 million per year, a far cry of the funding it requires to help Zimbabwe overcome its long running power shortages.

“If we get US$600 000 every month, it will be good enough for us to continue producing between 250 and 300 transformers every month,” Mandipezano said.

However, he said Zent was on the verge of securing a US$10 million facility to recapitalise and automate its operations.

Mandipezano said the facility will be used to procure raw material for transformers and automate the plant.

He said the firm was under-capacitated because some its assets were old and the equipment was old and inefficient.

“That will translate to about 3 000 transformers every year. But we want to increase that to about 10 000 every year to cover the backlog, vandalism, new connections and total electrification in rural areas.”

He said the firm had already started procurement and tendering processes.

“We have already started the procurement process, we have identified suppliers. So, we are just waiting for the approval of the money so that we can issue our orders and get this machinery,” the Zent chief said.

The company has a backlog of more than 2 000 transformers.