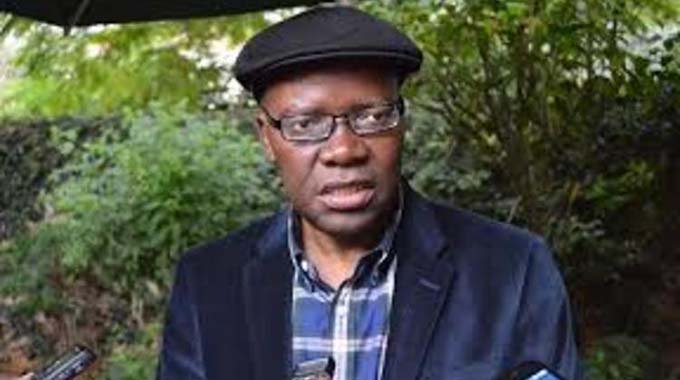 Itayi Garande Correspondent
ANYONE who has read the novels of Kazuo Ishiguro, last year’s Nobel Prize winner for literature, will know that characters in his books cope with the bleakness of their situation through denial and self-delusion. They lose themselves in immediate tasks and put on a brave face as they battle the storm. The tension is great, but they speak with so much confidence even as they dig themselves into a deeper hole.

Nelson Chamisa, the new leader of MDC-T and presidential candidate for the so-called MDC Alliance, despite another recent split, may as well have been a character in Ishiguro’s novels. He could easily be the butler in one of the books, “The Remains of the Day”, right down to his talk of ‘duty’ and ‘service’. And like the butler, Chamisa could string this out for longer than seems feasible.

After his rambling speech at the Chinhoyi rally in early March, one more public humiliation was certain to finish him. In Dete, Matabeleland North Province, he vowed to remove Shona speaking teachers and civil servants from Matabeleland. Yet he still survived that other embarrassing episode. This week, in another bonfire of delusions, he delivered yet another rally punctuated by empty rhetoric at Murehwa Centre. 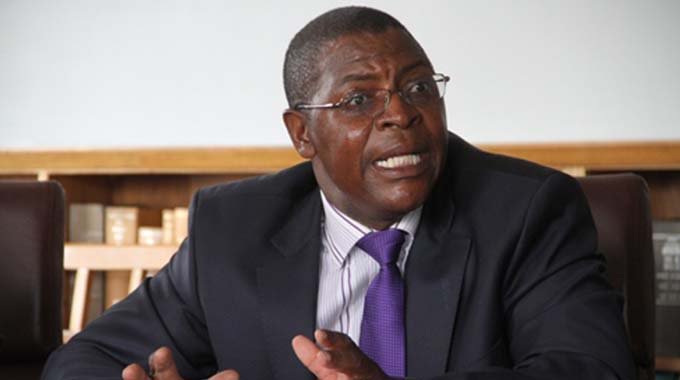 What helps Chamisa, in spite of all the outlandish promises he makes during his campaign speeches, is the knowledge among MDC Alliance leaders that none of them have any political capital anymore to allow them to win elections. They may scoff at Chamisa’s empty bombast, but they’ve no alternative. He is the best of the bad bunch.

Chamisa can last as long as his absorptive capacity for public opprobrium and punishment holds up. His resilience to criticism seems improbable until you recall that Tsvangirai sustained a rolling crisis of leadership for over a decade and half.

Leadership became the low art of doing whatever tactical trick gets you through the week until the gradual build-up of contradictions and liabilities gives rise to crises. But he hung on.

Political survival hinges on voter numbers and supporters, yes, but the human factor is also important, the centrality of the individual. Like Ishiguro’s characters, Chamisa has ways of getting through crises, through a mixture of self-deception and arrogance. He misconstrues his ineffectiveness and incompetence as ‘generational intervention’.

Like the late Morgan Tsvangirai, Chamisa benefits from the widespread, but baseless hunch that people with outward charisma must possess great intellectual depth that allows them to become great leaders.

Tsvangirai’s political record was aberrant and full of untenable situations that went on and on. For example he survived many splits in the MDC and various sex scandals. Any self-respecting leader would have thrown in the towel. But Tsvangirai thought he had a larger cause, to usher in a new democratic dispensation.

He was likely to beat Thokozani Khupe at an Extraordinary Congress anyway, but he rushed and persuaded the National Council to endorse him without a legitimising Congress. This kind of zero-sum transactional thinking displays complete ignorance of how real power works.

Congresses exist for a reason: to allow direct participation by party members and to confer legitimacy. Chamisa was short-sighted in not realising that his actions would cause further splits in an already fragmented party. Now he is a leader of a fragment, ironically at a time when there’s talk of an MDC Alliance. Khupe, Gutu, Bhebhe are now out of the party. The MDC Alliance is once again fragmented.

Like all other MDC Alliance leaders, Chamisa represents the incoherent and ill-informed rage against Zanu-PF, not some solid political conviction.

They tend to get disorderly if they don’t think they’re getting enough attention. As an example, after his and Biti’s trip to the US this year, Chamisa — in a bid to look and sound important — lied that he met US President Donald Trump. He said: “When we met with President Trump in America alongside Biti, he asked us how much we needed to move the country forward and we told him that we needed $15 billion.”

Besides being desperate for attention, there’s something distasteful about a presidential candidate telling such a barefaced lie. This reveals a very troubling Walter Mitty character, a person who exaggerates his own self-importance to get attention.

These two never went anywhere near the White House, but that is not the big tragedy here. Such baseless lies reveal how untrustworthy Chamisa is as a serious contender for the country’s top job. He thinks Zimbabweans are so docile as to never find out the truth. He has to understand that in times like these, every slip has consequences.

He also exhibits a lack of understanding of the world and Zimbabwe’s position in it. Growth of productivity in the US is distressingly low. There’s no improvement in wages and living standards in that country, and it continues to run up the federal debt. The inequality gap has widened.

Where is such a country going to get $15 billion to give Zimbabwe, a country Trump calls a “sh..hole” alongside other African countries? Trump’s foreign policy doctrine is “America First”. Why would he travel to Davos (World Economic Forum) to woo investors to the US, only to give away $15 billion to a party like the MDC Alliance?

For someone who has been a Government minister before, Chamisa has no idea how embarrassingly inexperienced he sounds when he claims that he can transform Zimbabwe’s economy in 14 days. This is a serious contempt for public intelligence. He cares little about ideas, and more about cheap applause at rallies.

What generates applause at campaign rallies isn’t what sustains it when governing. Zimbabwean politics is not some childish game to be played by someone prone to upending the chessboard when the game is not going their way.

Throughout the campaign trail, Chamisa exhibits lofty ambitions, but weak to detail. Zimbabwe has a pedigree of skilled, educated and transformative leaders with proven experience in various professional fields.

They cannot be wowed by simple, cheap and meaningless policies like “Transformation, Opportunity and Prosperity” and vacuous ‘policy statements’ like “no more bank queues in 14 days”, “introduction of a solar regime”, “exploitation of 60 minerals”, “creation of millionaires” “immediate banning of bond note in 90 days” (90 days is not immediate!), “new commander of the Defence Forces”, “compensation of those who lost their pensions and Zim dollar balances”, “from indigenisation to localisation”, and “stiff penalties for corruption — 30 years and above”.

This is gimmick politics, the sort of tactical, game-playing shallowness that makes parties lose elections. By repeating stock phrases that have peppered MDC speeches for almost two decades (chinja, party of excellence, etc.) Chamisa has proved that he’s not transformative, but a recycler of old and useless political tactics.

The claim that the ideology of the MDC Alliance is “defending working class rights” needs interrogation. The irony of this statement is that as a junior lawyer assisting lawyer Thabani Mpofu, Chamisa helped Zuva Petroleum dismiss 6 000 employees without negotiating severance packages. This exposes Chamisa’s lack of judgment and forward thinking on pertinent issues. In order to assess a politician, look for early behaviours that do not cost them at the time, but expose flaws that will resurface to more devastating effect in future.

What is shocking about the MDC Alliance is the sheer belief that they can truly win an election, while treating their supporters with such disdain and insolence, taking advantage of their cynicism and gullibility.

There is no shame in their claim that only young people will develop Zimbabwe. You have to admire their chutzpah and lack of perspective, when they divide the electorate into young and old, with the later branded clueless, yet nevertheless expected to vote for them. MDC Alliance leaders have been in opposition for almost 18 years, and cannot claim that they have new and bright ideas.

The tragedy of leadership in the MDC is that people like Tendai Biti, Elias Mudzuri, Welshman Ncube, Douglas Mwonzora and others, who have crafted independent and successful careers away from the MDC have dissolved their ideas into Chamisa’s prejudices.

This is sycophancy. It is stupefying: asking clever people to make themselves stupid. For example, Ncube looks really crass calling Chamisa his president when he couldn’t work with his boss. Biti, who left the MDC-T in 2014 because of what he called a “remarkable failure of Tsvangirai’s leadership” looks defeated rallying behind Chamisa, who looks equally incapable.

An engineer like Mudzuri, who has been elected Mayor of Harare before, also rallies behind an inexperienced Chamisa. Support for Chamisa, it is now clear, owes a lot to the lack of alternatives in the MDC Alliance.

To observe these people and the pro-MDC public intellectuals and thought leaders support Chamisa, while he delivers his empty sound-bites at rallies is to witness a process of political domestication — the taming of ambitious spirits into mental docility.

Such political domestication marks the end of the age of political beasts like Joshua Nkomo, Edgar Tekere and others in the Zimbabwean opposition parties. Political beasts become so by a combination of experience, intellect, independence and character. These are traits in short supply in the MDC Alliance.

So now we wait for the manifesto that was promised at the beginning of March. We will not hold our collective breath. The MDC Alliance will never be able to articulate a national interest, given they still haven’t even agreed on modalities of reuniting and are still squabbling on party leadership. They’ve simply deferred their problems to a later stage.

And even if they come up with great ideas in their manifesto (very unlikely), they will be subdued by pseudo-ideological wars, political differences and arguments on political positioning within the coalition. MDC manifestos, in any case, have a history of being bland.

The 2013 manifesto was an iceberg that was all tip and no berg, and no-one remembers a single policy from it. A manifesto is only as plausible as the leader, who presents it and the most important variable in politics — the ultimate determinant of electoral outcomes — is the individual quality of the candidate.

It is hubristic to think that Zanu-PF, under President Mnangagwa or anyone for that matter, can be easily defeated by Chamisa. He is not “on to something” with his critique of Zanu-PF and older Zimbabweans.

This is not a momentous era, but a passing commotion, whose principal victims are the millions of jobless Zimbabweans, who need a serious opposition party with a serious leader.

If the MDC Alliance sticks with Nelson Chamisa, they must reckon with the electoral price. Each day of his leadership calcifies the MDC’s image of bad leadership.

Dr Itayi Garande is a lawyer based at the Gold Souk in Dubai and the United Kingdom. He can be contacted at itayig@hotmail.com.