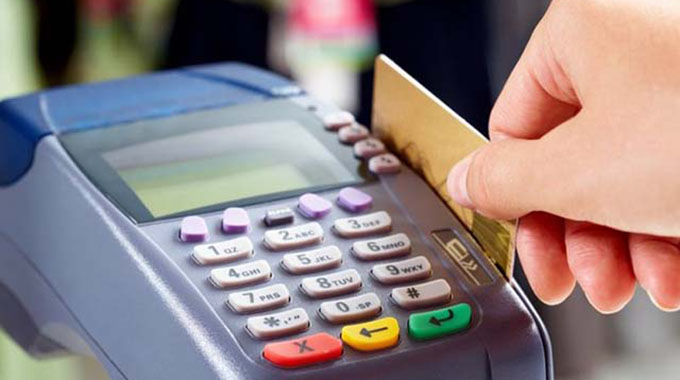 Zimbabwe’s point-of-sale (POS) machine population increased by 18,3 percent in the first quarter of the year to 70 960.

For the same period, there was also a marginal increase in the country’s number of automated teller machines (ATMs), in line with the Reserve Bank of Zimbabwe’s drive to boost the use of electronic payment methods.

The apex bank has previously stated that increased use of electronic payment methods will benefit the economy in terms of reduced costs of importing cash which in turn reduces the pressure on nostro accounts.

It also said the economy also benefits from increased efficiency and velocity of circulation of funds, which can translate into economic activity.

During the period under review, the number of mobile banking agents increased to 48 812 from 47 838 previously.

Notwithstanding the growth in key e-payment infrastructure, the country’s e-payment values and volumes slipped.

“The value of transactions processed through the National Payment Systems in the first quarter ending March 31, 2018, decreased by 9 percent to $28,87 billion from $31,7 billion recorded in the previous quarter ending 31 December 2017.

The central bank attributed the decline in values and volumes to the performance of the real time gross settlement (RTGS), POS, cheque and mobile payment streams, which all recorded decreases in both values and volumes during the first quarter.

On a positive note, internet values and cash volumes registered increases compared to the prior quarter.

Expectedly, the value of cash withdrawals during the quarter under review decreased, going down 3 percent $650 million from $670 million.

The corresponding volumes however increased by 1 percent from 5,21 million to 5,26 million.