‘POSA bounces back as MOPA’ 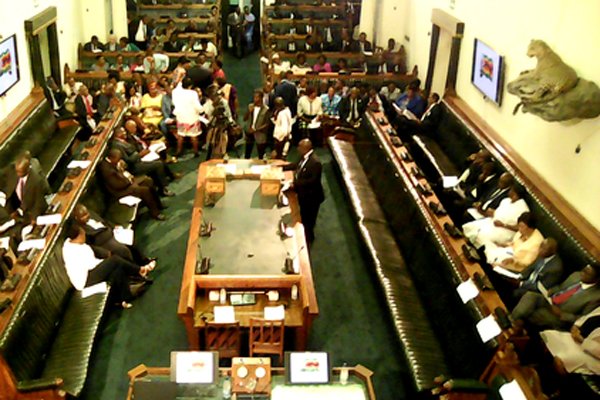 THERE has been a public outcry over the Maintenance of Peace and Order Bill (MOPA)’s provisions, with several legal experts and opposition politicians saying the proposed legislation is a regurgitation of the outgoing oppressive Public Order and Security Act (POSA).

The Bill is part of government’s plans to align laws with the Constitution in order to satisfy requirements by the international community that Zimbabwe should exercise democracy.

Its new amendments are mainly to do with public gatherings and maintenance of peace and order in the country.

MDC Alliance legislator Innocent Gonese (Mutare Central), who in 2010 moved a private members’ Bill to amend POSA, described the new MOPA Bill as a law which will face rebuff by opposition MPs when it comes to Parliament because “it is not progressive at all” and is a mere replica of the draconian POSA.

“There are no changes at all in this new Bill compared to POSA. Actually, the changes are just cosmetic and it is very similar to the previous law (POSA) because we will still have the same problems of criminalisation and abuse of people who fail to notify the police when they engage in demonstrations or gatherings,” Gonese said.

“The police still have powers to prohibit meetings and this can be abused and I would describe the Bill as a regurgitation of POSA, except for that section 27 of POSA was struck down by the courts. Obviously from the opposition perspective, we will not be supporting this Bill, but unfortunately, Zanu PF will use its numbers (majority) to vote for it.

“They are trying to hoodwink the international community that they are aligning laws to the Constitution, but if you look at the MOPA, it does not speak about repealing of POSA. It should have a clause that speaks about repealing POSA.”

Attorney-General Prince Machaya said the Bill was part of realigning legislation to the Constitution, adding that it will also repeal POSA, although such a clause is not included in the draft Bill.

But Gonese said the Constitution does not speak about applying to the police for people to hold public gatherings.

He said section 69 of the Constitution is very explicit concerning the rights of citizens and so the new Bill would also leave room for criminalisation and abuse of people by the police.

Legal and parliamentary think-tank Veritas in their analysis of the Bill said its provisions were slavishly copied from POSA, adding that all undemocratic features had been retained.

“For example, in clause 5 (8) of the Bill the police will still be entitled to ask political parties for lists of members or office-bearers who attend meetings of the parties’ committees or other structures. In clause 7 of the Bill, people will not be allowed to hold public gatherings without giving the police written notice: seven days’ notice in the case of processions and demonstrations and five days in the case of public meetings. As in section 25 of POSA, the notice will have to specify details such as ‘the exact and complete route’ of a procession or demonstration and ‘the number and types of vehicles, if any’, that are to take part in the procession. Anyone who fails to give notice will be guilty of a criminal offence and liable to imprisonment for up to a year,” Veritas said in a statement.

Clause 12 of the Bill will entail that if police are not given notice of a gathering, the conveners will be civilly liable for any damage or injury occasioned by any public disorder or breach of the peace occurring at the gathering, Veritas noted.

“This will be so even if the damage or injury was caused by counter-demonstrators or people who were not under the conveners’ control. The draft Bill is not new wine in an old bottle: it is the same old wine in the same old bottle with a new label stuck on it,” the legal think-tank added.

“Most of the provisions are the same and have no effect to the sought-after freedoms. The face powder changes do not address the concerns long raised by citizens and they even ignore some judgments made by the highest courts which were not captured in the new Bill,” he said.

“Placing the responsibility of damages on the convenor will see infiltration of demonstrations, as seen before, in order to cause property damage and place the bill on the convenor.”

Constitutional law expert James Tsabora said: “The new changes will be that the police no longer have powers to prohibit holding of a rally, and that the President is now the one with the authority to deploy armed forces instead of the Minister of Defence, and that clause 18 of MOPA will also oblige the President to inform Parliament within seven days after deploying the Defence Forces, in accordance with section 214 of the Constitution.”