Post-Mugabe era may be no better for investors 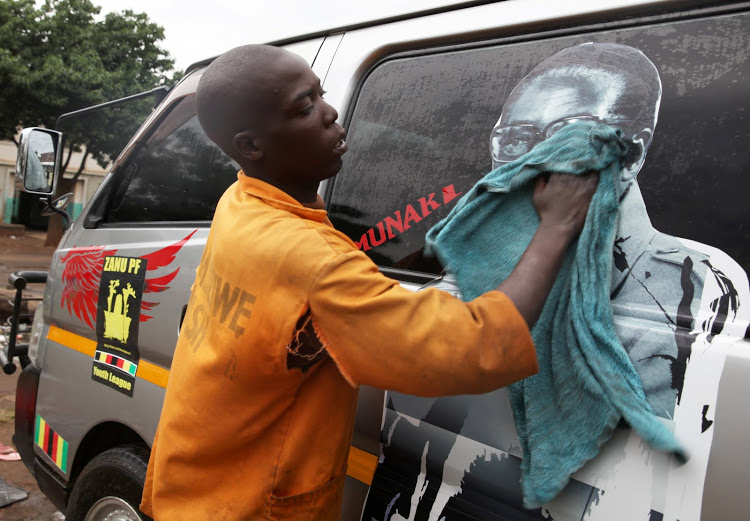 Source: Post-Mugabe era may be no better for investors 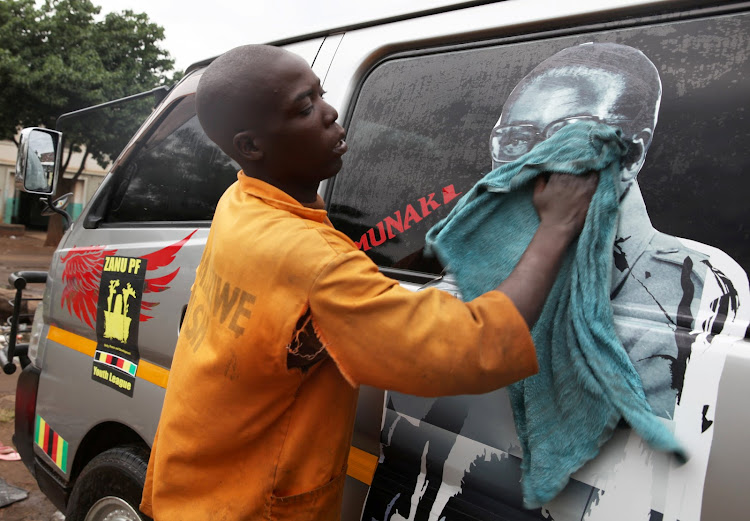 A man washes a minibus adorned with picture of President Robert Mugabe at a bus terminus in Harare, Zimbabwe, on November 15, 2017.
Image: REUTERS/Philimon Bulawayo

International investors hoping to bet on economic revival in Zimbabwe if the era long-term ruler Robert Mugabe is over face two obstacles: it’s difficult to put money into the country’s markets and almost impossible to get it back out.

Within 24 hours of the military seizing control in Harare, investment firms say their phones have been ringing with client inquiries about the chances of a turnaround in Zimbabwe from decades of decline and bouts of financial chaos under Mugabe.

But any new leadership may be no better and, without using a proxy, going into Zimbabwe now would mean investing in an economy that is heading back into hyperinflation.

The military acted after Mugabe fired his vice president and presumed successor Emmerson Mnangagwa last week, a move widely seen as an attempt to pave the way for his wife Grace Mugabe to take over the reins. South African President Jacob Zuma said on Wednesday that Mugabe had told him by phone he was being held at his home.

Enthusiasm about the possibility of Mnangagwa taking over is limited, but investors’ hopes rest on the chance that he might repair ruptured relations with investors and international lenders.

“From what we can see, Mugabe is out and that is a good thing,” said Peter Bartlett, head of sales, Sub-Saharan Africa & Frontier Markets at Renaissance Capital. “Mnangagwa is in, which is not such a good thing. But I would have thought that he does now have a window of opportunity to re-engage with foreign investors and the IMF, and that is good news.”

On the face of it, Zimbabwe’s stock market has chalked up spectacular gains, with the industrial index soaring 264 percent since the start of the year, while MSCI’s Zimbabwe country index rocketed 420 percent.

Yet those gains were driven by local investors ploughing their money into equities, as their savings in bank accounts are being rapidly eroded.

Zimbabwe adopted the U.S. dollar in 2009 after hyperinflation destroyed the local currency, giving a rare period of economic stability. However, severe shortages of dollar cash have set in, leaving Zimbabweans with electronic units in their accounts which are officially dollars but in reality worth far less and depreciating fast.

Some Zimbabweans are turning to the volatile cryptocurrency bitcoin to try to preserve their savings.

Comparing dual-listed stocks such as Old Mutual , which is traded in Harare and London, suggested a 475 percent premium for Zimbabwe-listed equities due to the cash scarcity, said Hasnain Malik, global head of equities research at Exotix Capital.

“Widely reported cash shortages and the shift to listed equities as an alternative to bank (accounts) suggests that this economic model is breaking down again – the last time this occurred was in the hyperinflationary run-up to dollarization in 2009,” Malik wrote in a note to clients.

Zimbabwe’s bourse – originally founded in Bulawayo in 1896 – features 65 listed stocks, many of them local subsidiaries of international companies, such as British American Tobacco .

However, logistics at both ends of the investment process make putting money to work on the local bourse tricky, for now, said Bartlett.

“It is extremely complicated to get a local account if you want to invest on the ground. Most stockbrokers here in the UK will not let you open an account for compliance reasons,” he said. “The challenge has always been: How do you get your money out at the other end?”

Ordinary Zimbabweans can use currency in their bank accounts, nicknamed “zollars”, to pay for goods and services at home by debit card or mobile phone transfer. However, getting hold of foreign currency through official channels for an international transfer is almost impossible.

Some proxies are available in currencies such as sterling that may catch international investors’ eyes.

Cambria Africa Plc – a Zimbabwe investment company listed on London’s junior stock market – has gained more than 35 percent since the start of the year compared with a 21 percent rise in the overall Alternative Investment Market (AIM).

However, Australian-listed platinum producer Zimplats has seen its shares drop nearly 40 percent since the start of the year. In August, Zimbabwe filed a court application to enforce a previous notice to seize more than half of Zimplat’s mining land.

For fixed income investors, there is little opportunity to gain exposure. Zimbabwe is one of the few countries in arrears with the International Monetary Fund. Countries are required to clear all arrears with multinational lenders before engaging in talks with other creditors.

Many predicted there would be no going back for Zimbabwe with the military intervention designed to cut off Mugabe’s succession plans. But for many analysts, it was too early to tell what the future would hold for Zimbabwe.

“As we all know, the way to hell is paved with good intentions,” said Gary van Staden at NKC African Economics. “The current euphoria in Zimbabwe over the prospect of a post-Mugabe era needs to be tempered by the understanding that what follows may not necessarily be much better.”