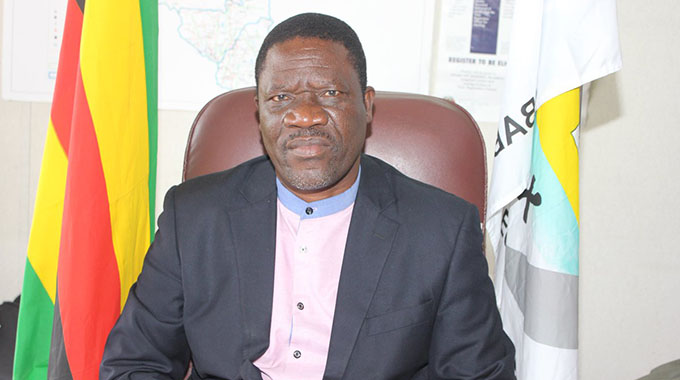 Felex Share and Freeman Razemba
Postal voting for the July 30 harmonised elections is underway around the country as the Zimbabwe Electoral Commission (ZEC) has dispatched ballots to all those eligible to vote under the system, the electoral body’s acting chief elections officer Mr Utoile Silaigwana said yesterday.

He said the absence of ZEC officials in places where postal voting was taking place was constitutional.

The Electoral Act states that postal voting is available to individuals and their spouses who are outside Zimbabwe on Government business on polling day.

Security and polling officers on duty on voting day are also eligible for postal voting.

A ZEC schedule shows the postal vote ballots should be returned by July 16, 14 days before the polls as stipulated by the law.

“After voting they put their marked ballot papers in an envelope and you seal it,” he said.

He said postal ballots were distributed from one point.

“They are distributed from the office of the chief elections officer only,” he said.

“Anyone who wants to vote applies to the chief elections officer, not anyone else. It is important for our citizens not to be misled by those who are politicking. It is important not to always buy into desperate politicking by some elements who want to cause despondency. We need to be responsible. This is our election and we must guard against being used by people who are saying things which are not necessarily correct.”

On the presence of ZEC officials during postal voting, Mr Silaigwana said: “There is nothing wrong with the absence of ZEC there because remember let us say someone is Darfur on peace keeping mission or someone is at the embassy in the United States, do you think ZEC can be in all those places?”

MDC-Alliance Mr Tendai Biti yesterday rushed to convene a press conference after gathering that some members of the police who will be on duty on the polling day were voting in Bulawayo.

“The Zimbabwe Republic Police wishes to set the record straight and allay fears of vote rigging by police officers as claimed in some social media messages which are circulating,” he said.

“The correct position is that some police officers will be performing security duties in other provinces which are not their normal work stations. Thus in terms of Section 72 of the Electoral Act, the concerned police officers will exercise their right to vote through a postal ballot system which is being administered by the Zimbabwe Electoral Commission.”

The excess staff would be deployed in Matabeleland North province.

“In fact the total number of police officers who applied for the postal ballot does not go beyond 4 000,” said Snr Ass Comm Makodza.

“The rest of police officers will actually cast their ballots on 30th July 2018 as earlier revealed by the ZRP Command and ZEC in numerous meetings and workshop briefings. The whole process is conducted according to Section 75 of the Electoral Act, Chapter 2:13.”

Those who qualify for postal voting should also be on the voters’ roll.

Postal voting is only open to such people who apply to do so within 14 days after the sitting of the Nomination Court.

The successful applicants are furnished with the voting material in advance and are required to send their votes in sealed packets to the chief elections officer at least 14 days before the actual date of the poll.

The chief elections officer then distributes the postal votes to their respective constituencies in their sealed envelopes within seven days of the date of the actual vote.

The postal votes are further despatched to their respective ward centres before the actual poll.

They are only opened for counting at the ward centre at the time of counting the votes for the ordinary poll.

Mr Biti had claimed ZEC officials were not present in Bulawayo when the officers allegedly voted.

Asked who gave them the ballot papers, he responded: “They were given by ZEC purportedly in terms of Section 74 on the basis of them being postal vote applications but there have to be legitimate processes of authentication.”

He said they had instructed their legal team to file an urgent chamber application today.