Perhaps it has been like this everywhere, but what I know is that property rights and power have always been closely linked in Africa.

Source: Power and Property – The Zimbabwean 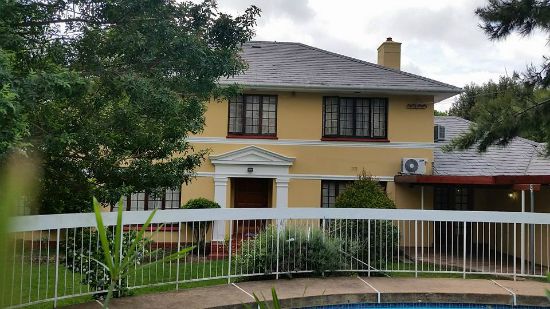 In Europe, property rights were the basis of the power of Feudal Kings and the Barons and the evidence of their wealth and power remain everywhere. In Africa, the Tribal leaders – kings, Emperors and just local village Heads depended on their control over the property as the main means of maintaining their grip on power and influence.

In the Nguni Kingdoms of southern Africa, the powerful Chiefs and Kings such as Shaka and Mzilikazi ran fiefdoms that depended on their control of access to land, grazing rights and cattle. Shaka built a formidable empire in his day, controlling a vast swathe of southern Africa with a system of Government that involved him making cattle available to young couples when they got married, controlling who could live in Villages that he controlled and demanding tribute (tax) from those who lived in his sphere of influence. He was able to marshal thousands of young men in his Impi’s and at his word, they spread out and conducted savage campaigns against all who would not accept his authority.

His power was only broken when he went into battle with those with superior technology but if you read our history those who won never underestimated their opponent or his capacity. But they took the land from him and settled themselves where once he was King. When they did so they brought a foreign concept to South Africa – that of freehold property rights. Such rights were new even to Europe.

In America, as the settlers swept across the continent and in the process killing and displacing the indigenous peoples, they settled themselves on small farms on a freehold basis and these settler farms became the backbone of the wider economy and power of the new American Union.

There were never enough of these indigenous peoples to influence land rights in any of these countries – but not so in Africa. As the thrust for independence and control swept down Africa, so the new power brokers almost universally took back the land they had lost to colonial powers and revived their historical systems of control over rural land. Traditional leaders once again became custodians of the land and held sway over who could live in their districts and make a living from the land. Almost always in Africa, this involved destroying freehold rights and replacing it with community or communal control.

In the States where strong settler populations existed – Kenya, Tanzania, Zambia, Zimbabwe and South Africa, the systems of modern tenure were deeply entrenched and these communities resisted change. As a result, in these countries, a remnant of the freehold system remains. Even so, there is constant pressure on this system in the newly independent States, even in South Africa where the settlers have held control for 400 hundred years and 70 per cent of all rural land is held under freehold title rights supported by a strong legal system and a powerful lobby to protect such rights.

What we all have to be concerned about are two main issues in this situation. The first is the well-known and documented fact that land held under communal tenure is almost always associated with low productivity, land degradation and poverty. We do not need to look at African examples to see this stark reality – just look at the Indian Reservations in the USA, the areas set aside in Australia for the indigenous population, the collapse of agriculture in the Soviet Union after Stalin tried to control land rights in Russia and the mass starvation in China when the Communist Party tried to control rural land on a communal basis.

All you have to do is drive around an urban area and look at individual properties that are neglected and overgrown. It’s all about ownership. It is a well-known historical fact that 3 per cent of land held privately in Soviet Russia produced 90 per cent of all food needs.

In the world as a whole, only 18 per cent of total land resources are held under freehold title – yet that small area produces the great majority of all food. In South Africa, 100 companies produce 70 per cent of all food needs. You can drive from one District into another and you traverse from plenty to poverty separated by a fence. No change in weather, or land, just title.

The second thing we all need to be concerned about is the abuse by the modern States of land rights to maintain power and control. It is no accident that in South Africa the millions of RDP housing units constructed since the change are all held under leases. These vast areas of houses, millions of them, remain basic, no additions, no gardens and no trees. 40 per cent or more are no longer fit for habitation. I remember visiting Glasgow and watching as the City destroyed huge blocks of flats which had become inhabitable because they were State-owned and rented out to families and had become slums – no different.

We need to ask ourselves why South Africa has not reformed the former Tribal States created by the apartheid Government in their efforts to give credibility to the mantra – separate but equal. The “Bantu Homelands” remain intact – no reform, no changes in title rights. And when the South African Government buys land for redistribution to black South Africans they allocate, not on the basis of freehold title but under the communal title and often simply integrate with the nearest “Homeland”. Why?

The reason is the desire to control access in order to maintain power, simple. Speak to black farmers settled in these areas and they all want title rights and ownership, Instead, the South African Government maintains full control over the land being so acquired. The ANC uses its control over State-owned housing in urban areas to control the population, they use State control of land in rural areas to maintain control of rural populations.

In Zimbabwe, the decision by Mr Mugabe to destroy commercial agriculture after 1997, was based quite simply on the decline of control over the rural population – so long as the commercial farmers and their staff supported Zanu PF they were allowed to continue to farm. Once this changed he simply swept them aside and the result was the near-total collapse of agriculture. It had nothing to do with “restoring land rights”, it had everything to do with control of the rural populations. The results are there for all to see – last year we were the only country in Africa to show a serious decline in our GDP, we are poorer than we were in 1980.

The problem that the new Government in Zimbabwe faces in 2023 is how to win an election and at the same time reform the State so that the country can get back on its feet? In a sense, we have to cry, like Moses and the people of Israel in Egypt – “let my people go”. Unleash the power of tenure to transform our country. In China, the green revolution that started after the change of leadership in the ’70s was based on giving the rural villages control over their own resources. In Rwanda, the State has handed out 8 million rural land rights and in the process unlocked billions of dollars in value and human energy.

In Zimbabwe, the main fear that is preventing reform is the fear that if we do reform, the ruling Party will lose power. Perhaps we need to look closer at this and ask ourselves what would happen if we gave the one million people who have built homes on land they do not own, title? What would happen if we give the one million people here who occupy rural land, title rights – it does not need to be the colonial system of a freehold but it must be secure, legal and transferable. If not, it has no meaning.

The Government that does so will earn the right to stay in power. It will give our people assets worth billions of dollars and it would unleash the human energy and initiative that is visible in every part of this country. It would halt land degradation, improve productivity and give our people hope and security. But it takes courage and vision.