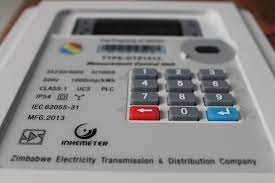 Zesa increased its electricity tariffs with effect from January 1, 2022.

“It is hereby notified that the Zimbabwe Energy Regulatory Authority has in terms of section 53 of the Electricity Act [Chapter 13:19] approved the following prices for the supply of electricity to customers with effect from January 1, 2022. This is a 12,3% indexation formula adjustment shortfall. Note that the prices are in Zimdollars” the ZETDC statement read.

The first 50 units are also considered for essential purposes for families assumed not to be heating water daily for bathing and washing purposes.

Domestic users are, however, not charged for value-added tax (VAT), but commercial uses have to pay VAT of 14,5% on the energy and power they use.

“Electricity is the basis that drives the economy. Industry will also immediately increase prices to try and match their profits,” he said.

“The timing was bad, especially increasing tariffs during the beginning of the year when people have not gotten foot onto the New Year. Definitely it will lead to increases in prices and inflation. One would have hoped that Zesa will increase its prices in February.”

A citizen, Panashe Mlambo, said: “Zesa should consider that most citizens earn below the poverty datum line. Most families are surviving on one meal per day and will not afford the new electricity tariffs.”

Admire Moyo, said: “electricity will soon be the preserve of the rich, while the poor will use archaic sources such as firewood for cooking.”