Source: President arrives to bumper crowd at Dulivhadzimu | The Herald

President Mnangagwa has arrived to a bumper crowd at Dulivhadzimu Stadium where he is expected to address supporters.

He is visiting the stadium for the second time after having addressed multitudes of supporters in 2018 at the same venue.

This morning the President commissioned 28 staff houses for civil servants built under the Beitbridge Redevelopment Programme.

Scores of Zanu PF supporters and other residents from Beitbridge have braved the blazing sun in the district since morning, waiting for their leader. 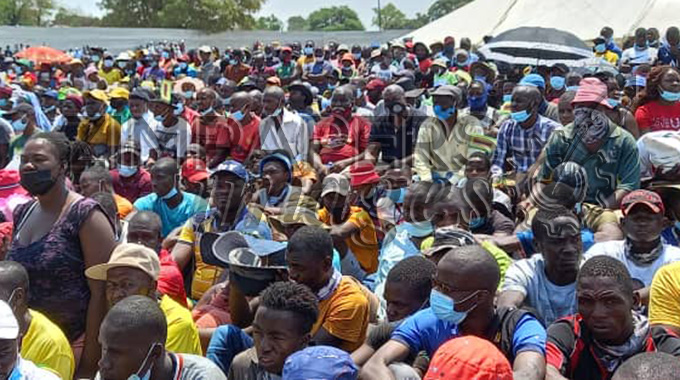 It is understood that among other things, President Mnangagwa will address the supporters on a cocktail of issues including infrastructure and economic development.

In Beitbridge, the New Dispensation has poured $597 million for outstanding housing development projects and a further US$300 million has been committed to modernising Beitbridge Border Post.

A further, $57million has been released to Beitbridge Town Council to upgrade roads under the Emergency Roads Rehabilitation Programme (ERRP).