President Mnangagwa has sent a message of condolence to the Wunganayi family following the death of principal security aide Cde Albert Wunganayi in an accident on Friday. Cde Wunganayi was part of First Lady Amai Mnangagwa’s security team.

The President has described him as a dedicated cadre who was disciplined and performed his duties in an exemplary manner. 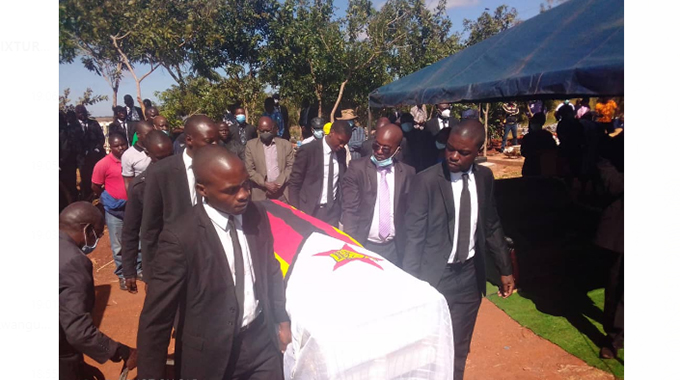 Cde Wunganayi being taken to his final resting place