AMHVoices: Zim is not a family company

Source: AMHVoices: Zim is not a family company – NewsDay Zimbabwe 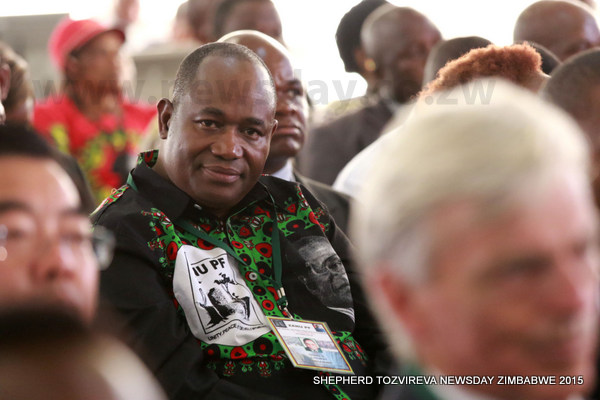 By O Gutu, Our Reader

People with little minds always want to ride on the back of those they think have political power.

They are not man enough to stand on their own and think highly of themselves, yet the opposite is true. On their own they are a disaster.

In 1991, the Bank of Credit and Commerce ran into financial problems and faced liquidation. To save the situation, government moved in by acquiring 100% shareholding of the bank and also acquired all debts of the bank.

CBZ was the resultant baby with, Gideon Gono as its founding managing director, appointed by then acting Finance minister Emmerson Mnangagwa. Besides being given all the business of the government and all quasi-government organisations, the bank was debt-free because government had acquired all the debts and naturally, such an institution is bound to perform wonders even under the leadership of stupid and under-achieving individuals. Gono goes around boasting to all those that care to listen that he turned around the fortunes of CBZ, forgetting the role played by government. He calls himself a turn-around strategist.

Same is normal for people of little minds, especially those that upgrade their educational qualifications at a later stage of their life. If one skips certain stages in their educational journey and is not so gifted with certain skills that are necessary, especially analytical skills, they are normally on the low.

Such people also tend to suffer a complexity and cannot stand on their own. Gono, you did not turn around CBZ, the trick was the move to acquire all the debts and a deliberate policy to bank with the institution by the government. The late former President Robert Mugabe, through old age, forgot how CBZ had been turned around and believed the lies by Gono that he is a master turnaround strategist and made the biggest blunder of his political life by appointing him the governor of the Reserve Bank of Zimbabwe.

The end result was disaster for this country and under his leadership, inflation hit the roof.

Our currency became worthless, resulting in the country adopting the United States dollar as a medium of exchange in 2009. In the process, people lost their life savings. The country is still to recover from the grand theft and mismanagement from this man who by default was a de facto Prime Minister of this country.

The two, Mugabe and Gono, were practically running the affairs of this country. All other offices were there to take orders from Gono.

The result was a disaster and undoing what this overrated and under-achieving man called Gono did will take years.

Gono, you were the worst governor this country has ever had, so please do not overrate yourself.

If you were the leader the visionary you think you are in your self-believe world, tell us what happened to Lunar Chickens and all the projects you started after been appointed the governor of the central bank.

We know you are a bitter man, you thought your political god father Mugabe was going to bequeath you the presidency of this country a plan that was check-mated by the real stockholders of this country.

With Mugabe gone because the man cannot stand on his own and thinks leadership is bequeathed, is coming up with crazy, divisive and demeaning and condescending statements. The man thinks Vice-President Constantino Chiwenga is foolish with no mind of his own and needs hand holding.

Gono is trying to find political relevance by going around saying Chiwenga is doing exactly what Mugabe told him to do as per his last instructions, which instructions he claims were given to him to pass on to the VP. In short, Gono is claiming that he is the power behind Chiwenga.

That is far from it Gono and very demeaning. Chiwenga is a very able someone, who does not need you or to be taking instructions from Mugabe from his grave. Every leader needs advisers, but not people of little minds. If you were a good adviser or leader, Mnangagwa, Zanu PF and Zimbabwe in general will not be in this situation.

The second republic is having to rewrite almost every policy that was enacted during your time as the central bank governor. If they were working policies why would they be revising them, who on earth would change a winning team?

Gono, if you think you have it, present yourself to the electorate. The name Gono sends cold shivers down the spine of every Zimbabwean irrespective of political affiliation because you were such a failure and caused so much pain and suffering. Why do you want to rely on appointments?

What you did affected the whole citizenry of this country in a bad way. Gono, you must know that G40 and Mugabe are now history.