President Mnangagwa has met Mr Charles Michel, the President of the European Council and discussed a number of issues that could not be immediately established.

The two met this morning on the sidelines of United Nations Climate Change Conference (COP26), which is underway in Glasgow. 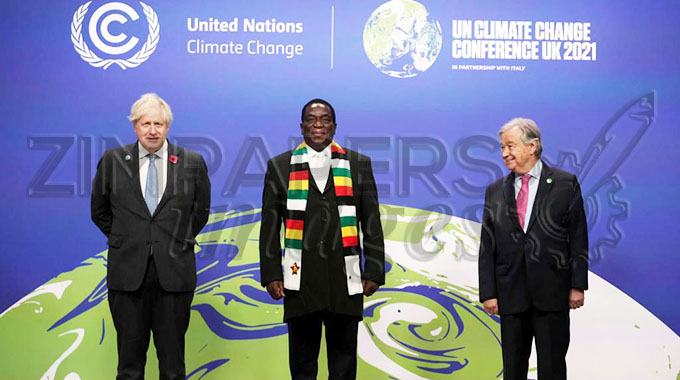 Although details of the meeting remain sketchy, sources say the two leaders discussed ways of working together.

The Second Republic desires to engage and reengage all nations of the world guided by the mantra, “Friend to all and enemy to none”.

President Mnangagwa is expected to address the conference tomorrow between 9am and 1pm.