Economist John Robertson says he believes the country’s government is reneging on its promises. 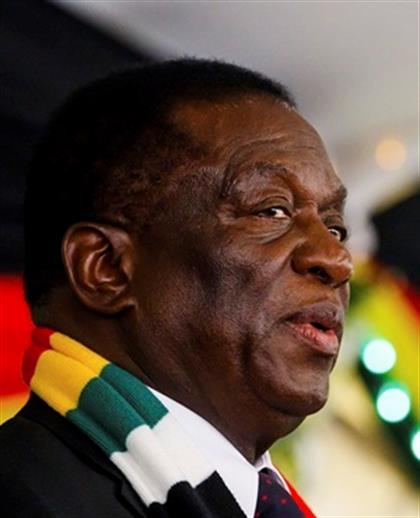 Zimbabwe’s government led by President Emmerson Mnangagwa, which fashioned itself as a new dispensation when it won elections in July last year, gave Zimbabweans hope and confidence that the economy was poised for better days, but now it seems the promises were just pie in the sky, according to economist John Robertson.

Leading economist John Robertson, often seen as a fierce critic of the Zanu-PF government, is one of those who believed the Mnangagwa led government was serious about making decisive measures to overcome the country’s well-documented challenges.

Pre-election promises of changes in economic policies suggest that Zimbabwe’s prospects of enjoying a substantial recovery are better now than they have had at any time since independence in 1980, wrote Robertson soon after the 2018 elections won by Mnangagwa.

“In the election, all these major discouragements to investors were targeted for reform. And by correctly identifying their causes, improvements to prospects were placed within reach,” he wrote then.

One could not fault the optimism that Robertson and many other Zimbabweans had following the change in government after 37 years of Robert Mugabe’s rule and economic ruin.

Policy documents that were put forward by the new government were unusually critical in their assessments of government’s past performance and gave confidence that long drawn economic problems would receive attention.

But several months later, the situation has worsened. There is no fuel, there is no joy. Zimbabweans are spending nights in fuel queues, medical doctors across the country are on strike, teachers have threatened their own strike while government workers have given a 14 day notice to do the same.

Robertson is not amused and believes the southern African country’s government is reneging on its promises.

In his 2019 Economic Outlook, Robertson points out that the National Budget carried no indications of commitment to any of the promised reforms.

“As a starting point, total spending is to rise by 47%, even though revenue is expected to increase by only 17%. Borrowings to fund the budget deficit will have to increase by 44,6% to $4.1bn. Government expenditure proposals, therefore, do not support the assurances offered at the beginning of October,” said Robertson.

On the Public Sector Investment Programme figures, the Budget shows that the capital spending will come to only 18,4% of total expenditure, instead of the promised target of “more than 25%”.

“So far, government has failed to resolve the difficulties, but it is not clear whether they want to. It suits them to sustain the 1:1 exchange rate for privileged individuals, who have priority rights because of who they are, or what they import.”

According to Robertson, current conditions certainly contradict the central bank’s claims that “signs of sustained recovery” are evident.

“On the contrary, the viability of many businesses is in doubt and the formal economy is a fragile state. All of these have called into question the government’s frequently repeated claim that the New Dispensation is going to drive the country in a new direction.”