The President made the promotions in terms of the Defence Act.

Congratulating the promoted, AFZ Chief of Staff Supporting Services, Air Vice Marshal Jacob Nzvede said the elevation demonstrated the trust that the President had in the officers. 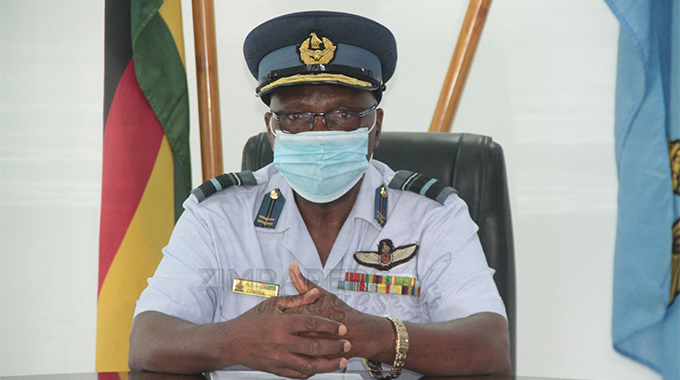 “This promotion demonstrates the trust that His Excellency, the President, has in your abilities to perform at the highest level.

“It is, thus, incumbent upon you to be diligent and prudent in exercising command and control in order to maintain sustainable security in Zimbabwe.”

Air Vice Marshal Nzvede urged the newly promoted officers to remain vigilant as the region and world at large were witnessing a surge in threats. 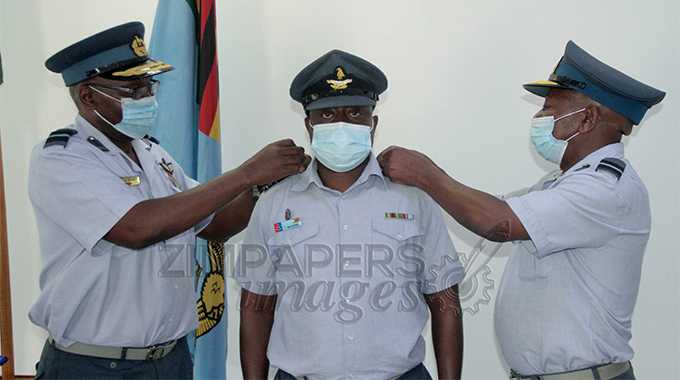 “There is regional and global upsurge in hybrid threats, so we expect you to remain vigilant and be ready to swiftly provide incisive leadership to your subordinates,” he said.

“It, therefore, stands to reason that the varied threats we may face as a country demand perceptive officers who quickly adapt to the fluid global, regional and local securoscape.”

The AFZ, which is the last line of defence, wants to continue aiding civil ministries and communities in times of need, in line with its responsibility to protect people from all forms of threats, said Air Vice Marshal Nzvede.

He said security was central to the success of the National Development Strategy 1, the latest national economic blueprint launched by Government, which runs from 2021 to 2025. 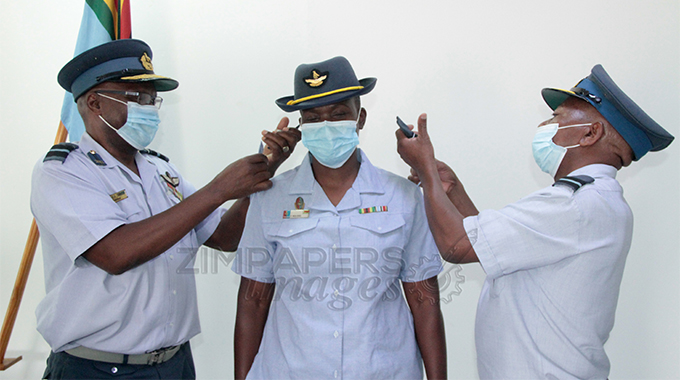 Air Vice Marshal Nzvede said security forces will continue to support Government initiatives, including safeguarding the nation against the deadly Covid-19 pandemic that has wreaked havoc across the globe.

One of the promoted officers, Wing Commander Primrose Ndlovu, thanked the President for the promotion, saying they will continue to work for the improvement of the AFZ and the nation at large.

“As newly-promoted wing commanders, we thank His Excellency for entrusting us with responsibility,” she said. “Through this promotion, he has re-energised us; we will continue working hard for the betterment of the AFZ and nation at large.

“It is common knowledge that this elevation in rank and status is associated with an increase in duties and responsibilities on our shoulders.”

The promotion comes a few days after President Mnangagwa promoted one AFZ Air Commodore to the rank of Air Vice Marshal, four Zimbabwe National Army (ZNA) colonels to the rank of brigadier general and 54 majors to the rank of lieutenant colonel.