The Democratic Alliance (DA) calls for President Cyril Ramaphosa and Southern African Development Community (SADC) leaders to prevent, on a major scale, the erosion of human rights in Zimbabwe and any further decline in reputation and investment risk to the entire region. 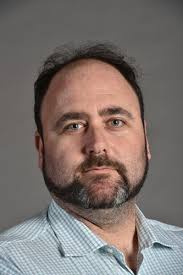 The DA has deep concerns over recent alleged human rights violations in Zimbabwe. Zimbabwean President Emmerson Mnangagwa has failed the test for tolerance for the opposition and respect for the rule of law.

The propagated rumours of destructive forces within our neighbouring country taking bribes, and the subsequent announcement of the curfew and restriction on movement came as little surprise. When armed forces flexed muscle around Bulawayo and Harare it was clear that not only were the cities going to be eerily quiet, but the voices of the opposition were going to be oppressed.

The silence from President Ramaphosa, in his capacity as President of both South Africa and the African Union (AU), on this matter is of great concern as he has a duty to send a clear and stern warning to the Zimbabwean government to exercise restraint and to remind it the international community is watching.

President Ramaphosa has lost a great opportunity to show true statesmanship. It is therefore important internally, regionally and internationally that he makes an urgent, public statement condemning the human rights abuses and oppression of peaceful protest.

Zimbabwe has seen its fair share of trouble. It just about managed to survive the Mugabe-era of transitional justice that led to the collapse of the economy, harmed food security and put the quality of life of the average Zimbabwean into steep decline. The country might not survive President Mnangagwa using the cover of the Covid-19 pandemic as an opportunity to increase his power without fear of being called out by any of his peers.

Zimbabwe, and the whole SADC region, cannot afford for President Ramaphosa to sit on the sidelines as he is prone to do in South Africa with the likes of Minister Nkosazana Dlamini-Zuma. As AU chair he has an obligation to ensure stability in the entire region and cannot turn a blind eye when people are suffering gross injustices.

The DA urges Presidents Ramaphosa and Mnangagwa to engage with SADC partners, and that:

All leaders of the SADC region must condemn all forms of human rights abuses;

SADC should call for a cessation of all human rights abuses on individuals and political parties as well as the unfair restriction of their rights. This should be monitored by a SADC task team;

SADC leaders should assist the Zimbabwean government to negotiate a mediation agreement until the next elections; and

South Africa should institute measurables and sanctions against Zimbabwe unless certain terms are reached and abided by.

The DA on its part will partner with all parties in the various SADC countries that have democracy, human rights and prosperity in their manifesto to be more productive and active in the region.

As AU Chair and president of a SADC country, President Ramaphosa cannot turn a blind eye to the atrocities plaguing our neighbouring citizens once again. This situation requires urgent intervention, as is the President’s mandate. The longer the President remains a spectator, the worse the situation will be, and those atrocities will be added to his tally.