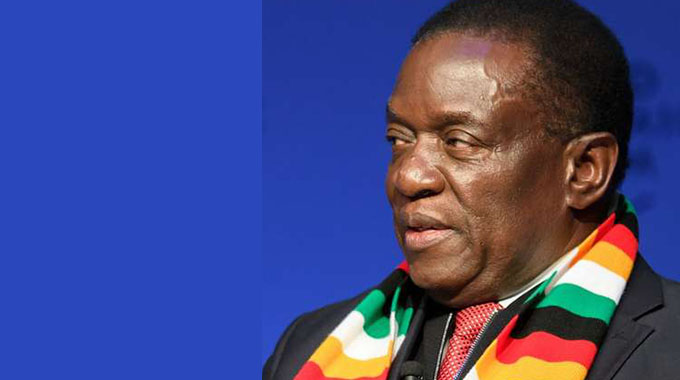 Zvamaida Murwira Senior Reporter
President Mnangagwa has set Tuesday next week as the day on which the Speaker of the National Assembly, the Senate President and their deputies will be elected, a development that will pave way for the commencement of the First Session of the Ninth Parliament.

Zanu-PF is expected to provide the presiding officers for both Houses given that it has a comfortable majority, which it is expected to easily use to its advantage after it got two thirds majority in Parliament in the July 30 harmonised election.

This comes as Zanu-PF and MDC-Alliance are set to hold separate caucus meetings soon to deliberate on the voting process ahead of the Tuesday election.

In a statement yesterday, Parliament said the Head of State and Government had set Tuesday next week as the day on which presiding officers would be elected.

“The President of the Republic of Zimbabwe has fixed Tuesday, 11th September 2018 at 0900 hours at Parliament Building as the date, time and place for the first sitting of Parliament in terms of Section 145 (1) of the Constitution, mainly to elect Presiding officers,” reads the notice from Parliament.

“(2) Until the election of a President of the Senate or a Speaker, as the case may be, the first meeting of a House of Parliament must be presided over by the Clerk of Parliament.”

The election of presiding officers will be preceded by swearing-in of Members of Parliament to take place tomorrow. Both events will be presided over by the Clerk of Parliament, Mr Kennedy Chokuda.

Zanu-PF secretary for Legal Affairs, Cde Munyaradzi Paul Mangwana, said they would make their choices known on the day of the elections.

The party’s Chief Whip Cde Lovemore Matuke could not be drawn into commenting, saying he was in China accompanying President Mnangagwa, who is attending the 2018 Beijing Summit of the Forum on China-Africa Cooperation.

President Mnangagwa, who is also First Secretary of Zanu-PF, is expected to hold talks with China’s National People’s Congress aimed at deepening political relations between the two sister organisations. A source said the party will soon hold a caucus with its legislators to decide on the processes.

Asked if they will field a candidate given that they were in the minority, MDC-Alliance national chairperson, Mr Morgan Komichi, said they will soon hold a caucus to decide.

“We will soon convene our own caucus where we will deliberate whether to field a candidate or not,” he said. “Until that meeting has been held I cannot say much.”

Advocate Jacob Mudenda has been Speaker of the National Assembly in the Eighth Parliament, deputised by Cde Marble Chinomona, while Cde Edna Madzongwe was President of the Senate, with Cde Chen Chimutengwende as her deputy.