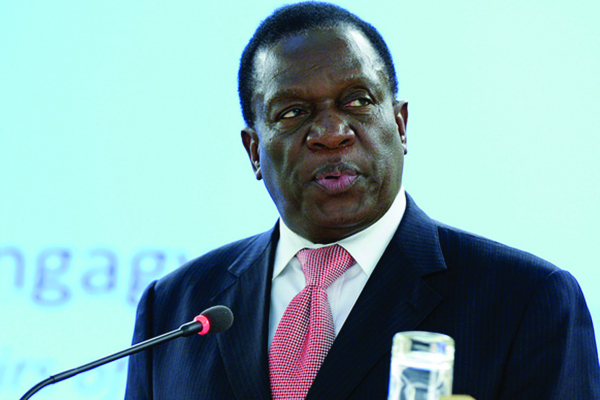 Chief Secretary to the President and Cabinet, Misheck Sibanda, yesterday admitted that remnants of corruption from the previous government of former President Robert Mugabe’s administration were still stubbornly entrenched within the country’s public and private sectors.

Speaking during the launch of the Zimcode Trust, an organisation that is championing improved corporate governance, Sibanda, a long time Mugabe bureaucrat, said the new political dispensation led by President Emmerson Mnangagwa had upped its efforts to confront the scourge.

“It is indeed a sad fact that corruption has become a major problem within Zimbabwe and is stubbornly entrenched within both the private and the public sectors,” he said.

“Government is very much alive to this evil and it is ramping up its efforts to confront the challenges posed by decades of what can only be termed an unhealthy tolerance of highly-questionable practices and lack of consequential sanction for those involved in corrupt practices and even those identified as corrupt.”

Under the leadership of Mugabe, corruption had become the order of the day and from the inception of his successor, Mnangagwa’s leadership, the latter has on every opportunity denounced this societal ill.

Government has since begun restructuring strategic State entities and developed the Public Entities Corporate Governance Act, compelling State enterprises and their respective line ministries to abide by strict corporate governance requirements in a bid to fight corruption and mismanagement.

“Eliminating corruption will not be an overnight affair, but government is determined to enforce a zero tolerance to corruption policy and to act swiftly and decisively wherever corruption is exposed.

“Merely reforming and restructuring State enterprises without addressing the serious management and governance weaknesses within our sectors was unlikely to bring about any major improvement in performance and service delivery to the nation,” Sibanda said.

The ZimCode Trust which was launched under the theme Zimbabwe is Open for Business − New Corporate Governance Structures to Champion a Corrupt Free Society, is chaired by Canaan Dube and it consists of members drawn from across both public and private sectors.