When will a woman lead Zimbabwe? | openDemocracy 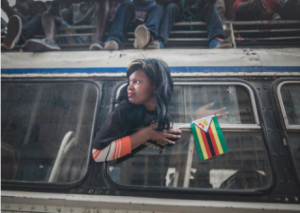 Source: When will a woman lead Zimbabwe? | openDemocracy

Despite repeated pledges to promote gender parity in politics, women are dramatically underrepresented among candidates for July’s elections.

“l stood against my husband in the council election after realising that women were carrying a heavy load in our community. As such, they needed someone like me,” Chirenda told me, energetically.

Now 70 years old, she said her husband immediately divorced her for challenging him in the elections – a bold move for Chirenda, who lacked formal qualifications or resources but held firmly to her convictions and won the vote.

For the last decade, she’s represented and fought to support her community, challenging the still widely-ingrained belief that only men can lead. Today, she is one of several women politicians who didn’t make it through parties’ primaries and won’t be standing in this month’s elections (30 July).

“The biggest barrier” to gender parity in the country, Chirenda said at a recent Women and Law in Southern Africa (WLSA) Zimbabwe event, “are people at the top who continue to impose their candidates” and “undermine women’s efforts to take up leadership positions.” 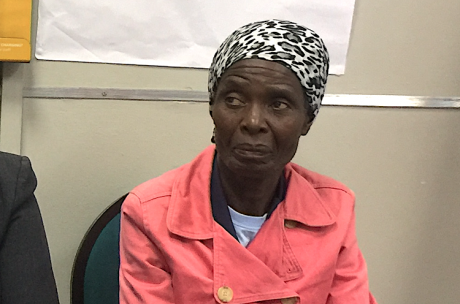 Movements for gender equality internationally gained new visibility in the mid-1990s when close to 200 countries adopted the Beijing Declaration and Platform for Action, including Zimbabwe. It commits governments to the goal of gender-balanced government bodies, including through new targets and measures to increase women’s participation also in political parties.

Almost 25 years later, equality remains an uphill struggle around the world. According to Zimbabwe’s electoral commission, more registered voters are women. This is not the case for elected representatives, however.

Currently there are 88 women in Zimbabwe’s parliament and 182 men. Women hold a higher share (33%) of seats here than in many other countries, but this is thanks to a provision in Zimbabwe’s 2013 constitution which reserves 60 seats for women – and this quota is temporary, expiring in 2023. In local governments, there are only 281 women councillors compared to 1,512 men.

This month’s elections may produce an even more gender-imbalanced parliament. There are only 19 women out of 210 candidates of the ruling party Zimbabwe African National Union Patriotic Front (Zanu-PF). Women are also dramatically underrepresented among opposition candidates.

“This month’s elections may produce an even more gender-imbalanced parliament.”

Four women have filed papers as presidential candidates, but it’s still a pipe dream that after this election a woman will lead Zimbabwe.

The ousting of the long-serving former president of Zimbabwe, Robert Mugabe, through military intervention in November 2017, rekindled the hopes of many for more equal opportunities and gender parity. Many of the people who marched on 18 November to the state house to oust Mugabe were women.

Such hopes were quickly dashed by the new administration which has done little to promote parity and appointed only four women to serve in its cabinet. 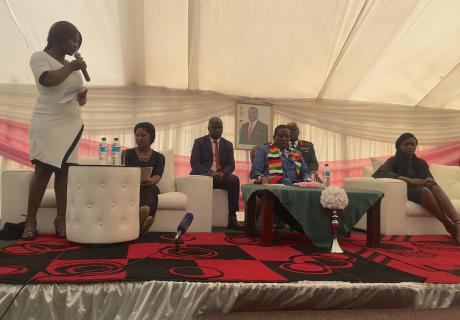 Section 124 of Zimbabwe’s constitution says that 60 reserved seats for women will last “for the life of the first two parliaments.” But section 17, which does not expire, commits the state more broadly to promoting “full gender balance in Zimbabwean society” including in institutions and agencies “at every level.”

“However, women are still lagging behind,” said Dorcas Makaza-Kanyimo, acting national director for WLSA Zimbabwe. “This is despite women organisations coming up with an election women’s manifesto early this year to ensure political parties adhere to the gender parity agenda.”

The women’s election manifesto was a brainchild of the Zimbabwe Women Parliamentary Caucus (ZWPC) and women’s organisations across the country. It called for all parties to have 50/50 gender parity in their election candidates, but the small numbers of women running suggest it hasn’t had much impact.

Sabhina Mangwende, an outgoing Zanu-PF parliamentarian, emphasised the need for women in parliament to “support each other and continue to promote the empowerment of women.” They should also, she added, “dialogue and educate women from the grassroots on human rights and gender equality.”

Susan Matsunga, the opposition candidate for Mufakose (a high-density area in Harare) said that there is also a “lack of empowerment programs” for women who are entering politics and that this has “a negative impact on women’s representation in decision-making.” Such capacity-building support, she added, is needed across the country on an ongoing basis, not only during election time.

“Gender parity should begin right from political parties and women leaders on the other side taking the lead to educate and empower their fellow women in their constituencies on the need to demand and claim gender parity in all decision making in the country,” said Makaza-Kanyimo at WLSA Zimbabwe.

As the election nears, some women (and men) from both ruling and opposition parties, who were not selected as party candidates, will be contesting seats as independents. Chirenda, in Murewa, is not running. Her aspirations to see more women in politics continue, though the road looks long.