Raymond Jaravaza, Showbiz Correspondent
ON television he plays the role of a villain — a ruthless character who epitomises crime and in real life, he is a convicted armed robber who terrorised his victims, crimes that ultimately landed him in one of the country’s most secure prisons.

Jethro Mthokozisi Gumede is serving a 30-year sentence at Khami Maximum Prison for armed robbery. Despite his predicament, he is a comic character who did not miss a chance to crack a joke or two during the time that the Saturday Leisure crew spent with him during the week.

He is part of a cast of prisoners and prison officers of a new drama series called Crime and Strings that premièred on national broadcaster ZTV a fortnight ago.

Gumede says playing the role of a hardcore criminal and the fact that he is serving a lengthy sentence for armed robbery — a crime that the courts deal harshly with — is just a coincidence. He says in fact, he is now a changed man yearning for a second chance in life.

The drama series, a 13-episode offering, is a collaborative effort between the Zimbabwe Prisons and Correctional Service (ZPCS) and the Zimbabwe Broadcasting Corporation (ZBC).

So how did a convicted criminal end up in a drama series?

“When the producers of the drama series first came here (Khami Maximum Prison) for auditions I really had no interest in taking part because I’m also part of a drama group and I didn’t want to get my hands full by taking part in more than one project.

“I was convinced by a friend and fellow inmate to try it out and I got the role,” Gumede told Saturday Leisure.

The father of a 17-year-old boy, plays the role of a hardened criminal “Lontsho the Captain”, an unremorseful gangster who is proud of the unspeakable deeds that he commits, ranging from drug peddling to violence.

“The producers actually wanted Lontsho the Captain to be portrayed as a gangster who once lived in South Africa before coming back home to start a life of crime and I was fascinated because in real life, I also moved there as a young man.

“My character in the drama series is that of a very bad person but I’m actually a changed and different man in prison. Here, you obey the law, you stay on the right path and despite the crimes I committed, I consider myself a role model prisoner and the prison officers can attest to that.

“Today’s prison system has changed, yes we are convicted criminals, but that doesn’t mean that it’s the end of our lives so we’re encouraged to make the best of our time here and work hard towards becoming better people,” said Gumede. 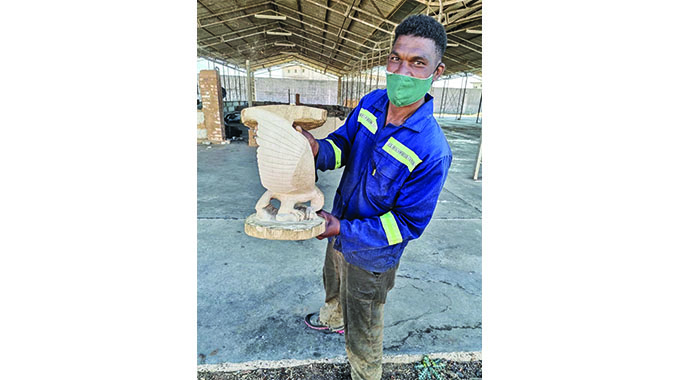 Born in Lupane, Gumede relocated to South Africa in the 90s and returned home a few years later only to find himself in the clutches of crime and was nabbed for armed robbery in 2004.

A year later, he was handed a 38-year sentence with eight of those suspended, meaning he will be at Khami Maximum Prison for a very long time.
He chuckles when this reporter tells him that chances are high the Chronicle newspaper could have carried an article of his incarceration in 2005.

“At least this time I’ll be in the Chronicle for something positive, I want to be a better father to my 17-year-old son who was only a few months old when I was arrested in 2004,’’ he says.

On the other side of the prison, we meet the ever-smiling Morris Peterson, clad in a greasy overall and he is eager to talk about his role in the drama series and his real-life story.

Peterson is serving a 30-year sentence for murder and has been at Khami Maximum Prison since 2011.

His fondest memories during the set of Crime and Strings was when he recorded the theme song for the drama series with Jeys Marabini.

“For once, I totally forgot that I was a prisoner serving a very lengthy sentence and recording that song with Jeys is an experience that I will never forget. I play the character of Tru, an innocent man who was convicted for a crime that he didn’t commit and sentenced to life in prison.

“I fell in love with the character because it teaches us that no matter how unfair life can be, we must always look to a better tomorrow,” said Peterson.

He is a man of many talents; an actor, amateur musician and mechanic who actually fixes vehicles at the prison’s repair workshop.
But how did he end up locked up for murder?

“All I can say is that anger and frustration do not solve anything. If you allow yourself to be controlled by anger, you will end up here in jail,” he says.

Back to acting, Peterson says at first, he was terrified of the scenes when he had to be up close and “personal” with some of the actors, especially the prison officers.

“As an actor you have to keep reminding yourself that a scene that calls you to raise your voice, for instance, to another actor who is a prison officer doesn’t mean that you are being disrespectful but it’s just part of acting.

“But generally, the whole experience was fun, being in the same space with the other cast members and producing something new, which has never been done before in Zimbabwe,” he said.

Peterson is, however, not without remorse for the real-life crime that he committed.

“I hope the family of the person that I killed have forgiven me, I live with what I did every day and I would not wish the pain that I put them through on anyone.

“I wish my kids can grow up to be better people and stay away from crime,” he said.

Writer of the drama series, also a prison officer, Taremeredzwa Kwangwari, chronicled some of the challenges that the production team faced in coming up with a polished product. 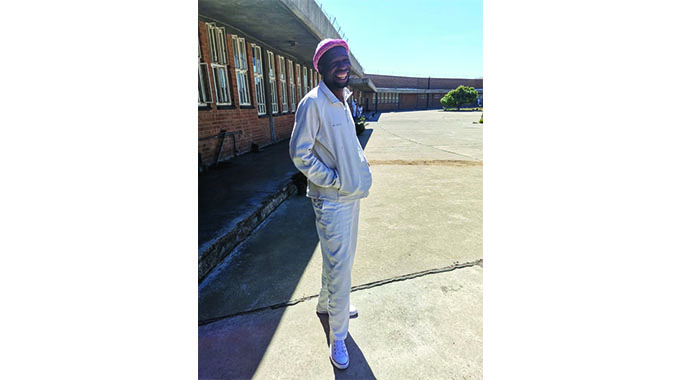 “It was a good fight. At one point, we were affected by the Covid-19 pandemic and the successive lockdowns, which forced us to stop production for almost a year. Each time the lockdowns were eased, we would resume production.

“One of our biggest challenges was maintaining the cast, especially when the first total national lockdown was enforced,” said Kwangwari.

“But, we had to come up with this piece of art and I’m glad we did so successfully.”

He said Crime and Strings that is showing on ZBCtv on Wednesday’s from 7.30pm till news hour is about the rehabilitation and re-integration of offenders in a dramatised way adding that the drama’s main aim is to educate the public about the newly adopted correctional aspect in Zimbabwean prisons. The production has a repeat on Fridays at 10.30am. – @RaymondJaravaza