The Zimbabwe Prisons and Correctional Services (ZPCS) has barred prominent lawyer Beatrice Mtetwa from seeing her client, journalist Hopewell Chin’ono held without bail for over a month at Chikurubi Maximum Security prison. 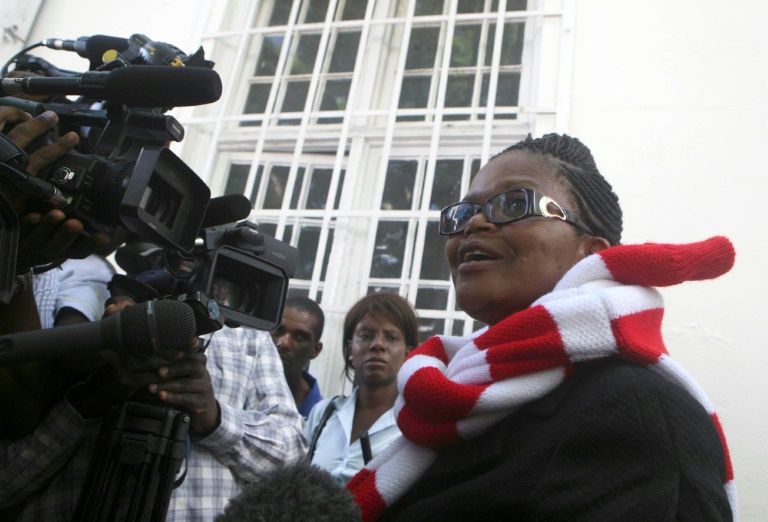 In a letter dated 25 August 2020 and addressed to Mtetwa by Assistant Commissioner W. Risiro, the Acting Director-Legal Services, ZPCS said their interpretation of the order by Magistrate Ngoni Nduna to disqualify her from representing Chin’ono differed from hers.

Ass. Com Risiro said whilst the order by the Magistrate still stands, Mtetwa remains barred from consulting with Chin’ono at Chikurubi Maximum.

RE: BARRING OF MRS B. MTETWA FROM SEEING HOPEWELL CHIN’ONO AT CHIKURUBI MAXIMUM PRISON

Reference is made to the above subject matter and to your letter addressed to the Commissioner-General of the Zimbabwe Prisons and Correctional Service dated 25 August 2020.

The Order that was made by Magistrate Nduna in paragraph 1 reads “That the disqualification of Ms Beatrice Mtetwa as a counsel participating in this matter is hereby granted as prayed for by the state”.

We, therefore, do not agree with your interpretation that the order does not bar you from representing Mr Chin’ono or from being part of the legal team representing him.

We do not understand participating in a case being only limited to appearance before the Magistrate but also consultations with the client in preparation of the case.

All the visits you have had with him were to do with lawyer and client relationship with him such as his bail applications.

We are not aware of any other matters pending in which you represent him. For the record, any other lawyer is free to visit and consult with him subject to the terms of Justice Charewa’s order in case number HC4248/20.

Any other social visits shall be in terms of the COVID-19 guidelines limiting visits to prisons. 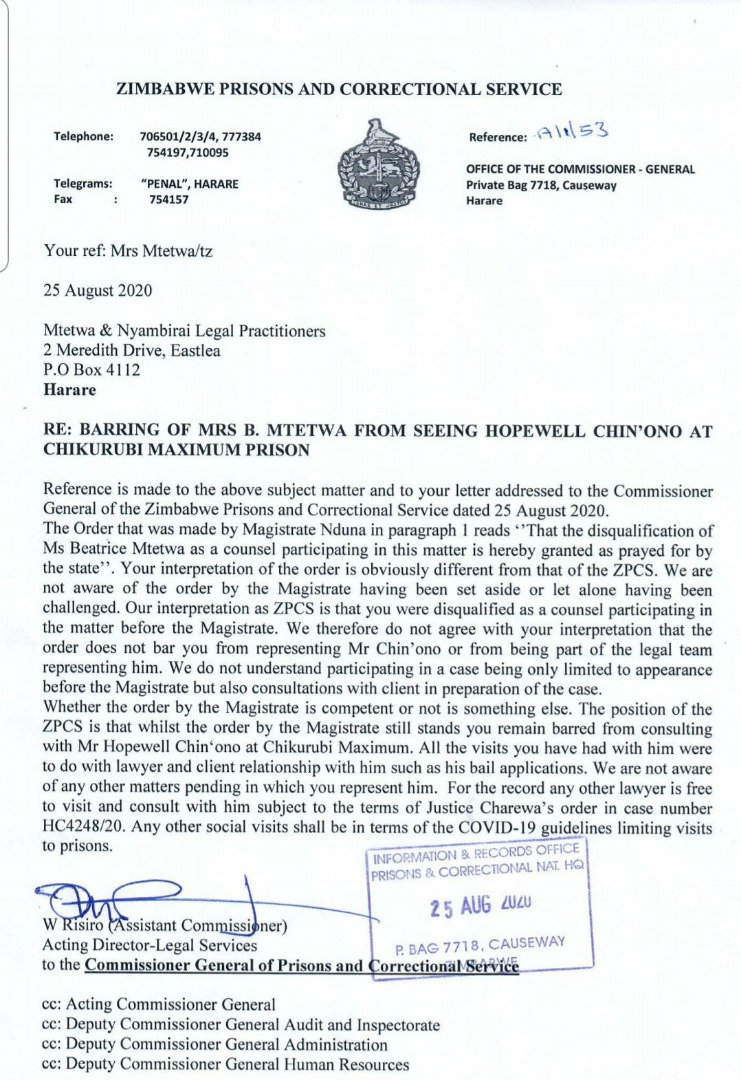