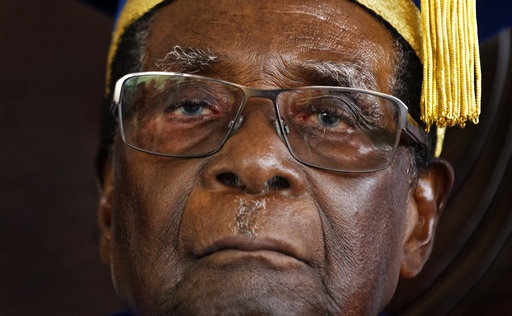 Harare – Following a week long political stand-off, Zimbabwean president Robert Mugabe has  resigned after nearly four decades in power and fears of an attempted coup, which was denied by the military, against his government. 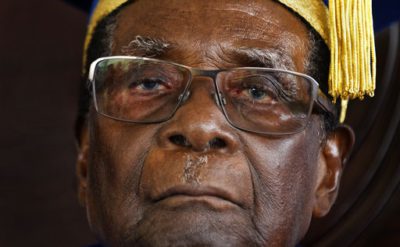 Zimbabwe’s army seized the headquarters of the state broadcaster ZBC in the capital Harare and blocked off access to government offices early on Wednesday last week.

An army spokesperson confirmed the safety of the country’s 93-year-old leader – the world’s oldest head of state. However, Mugabe defied numerous calls to step down as he was allegedly delaying his exit to secure his family’s safety.

According to AP Mugabe came to power when Zimbabwe won independence in 1980 and his 37-year rule has been criticised for repression of dissent, election rigging, and for causing the country’s economic collapse.

Despite health concerns and growing opposition, the ex-leader of the ruling Zanu-PF party had earlier said he had no plans of stepping down.

Mugabe was born on February 21, 1924, near Kutama, northeast of Salisbury (now Harare, the capital of Zimbabwe), in what was then Rhodesia.

The former school teacher, with seven university degrees, first came to prominence after waging a bloody guerrilla war against the white colonial rulers who jailed him for 10 years over a “subversive speech” he made in 1964.

Soon after his release from jail in 1974, he caused a seismic shift in the then Rhodesian politics, riding a wave of popular outrage against the racist colonial rulers.

Then married to Ghanaian Sally Hayfron, who died of a kidney disease in 1992, he crossed the border to neighbouring Mozambique to launch a protracted guerrilla war for independence.

He returned to Rhodesia in 1979 and became prime minister in 1980 of the newly independent country renamed Zimbabwe.

He married his current wife and Zimbabwe’s First Lady, Grace Mugabe, in 1996.

In the early years of his rule, Mugabe was praised for expanding social services, including building schools and hospitals.

He was concurrently spearheading a brutal crackdown on his political opposition led by now deceased nationalist Joshua Nkomo that claimed more than 20 000 lives, according to the Catholic Commission for Justice and Peace.

Tens of thousands of people were killed during the so-called “Gukurahundi”, a suppression campaign waged by the North Korean-trained 5th Brigade in the predominantly Ndebele regions of Zimbabwe. Most of the victims were supporters of Nkomo, Mugabe’s fierce political opponent.

Nkomo was the founding father of the nationalist struggle for independence in Zimbabwe, and the “Gukurahundi” crackdown only ended with the signing of the Unity Accord in 1987 between Zanu-PF and PF-Zapu.

Mugabe assumed the presidency in 1987, with the prime minister role being abolished.

Since then, he has won a series of controversial elections that critics claim he rigged, including one in 2008 which he lost to now Prime Minister Morgan Tsvangirai, sparking political violence that human rights groups say claimed over 200 lives.

His supporters say he speaks for the poor; his critics say he has become increasingly authoritarian.

There have been growing calls by the opposition and critics demanding Mugabe to step down.

Mugabe’s rule has so far culminated in a massive economic crisis for Zimbabwe, once one of Africa’s richest countries. His critics blame his policies.

Mugabe has empowered black Zimbabweans. Perhaps his biggest achievement, and according to some a failure, was a land reform policy that arguably marked the beginning of the downfall of the country.

He and other freedom fighters won independence mainly on a platform of reclaiming land back from the white minority.

The turn of the century unleashed a wave of violent land acquisition by war veterans. Thousands of white farmers were forced out.

Many Zimbabweans agree that the black majority had to somehow take back the land. After all, about 75,000 hectares of productive land was owned by white farmers who make up only 1.5 percent of the population.

How the whole land indigenisation policy was conducted remains deeply dividing. Land, like in many other African countries, is a very emotive subject.

Vice President Emmerson Mnangagwa, an ally of the army chief and a veteran of the country’s struggle for independence, was sacked on November 8 by Mugabe for showing “traits of disloyalty”.

With Mnangagwa’s exit, Mugabe ousted one of his last remaining associates from the liberation war, who have stood by him since independence from Britain in 1980.

Mnangagwa, who fled the country soon after, was seen as a likely successor to the ailing president, and his ousting appeared to pave the way for First Lady Grace Mugabe.

Army commander Constantino Chiwenga said on Monday, November 13, that the military would act if purges against former war liberation fighters did not cease.

Zimbabwe’s Parliament  erupted in cheers as the speaker announces the resignation of President Robert Mugabe.

The speaker stopped impeachment proceedings to say they had received a letter from Mugabe with the resignation “with immediate effect”.

It is an extraordinary end for the world’s oldest head of state after 37 years in power.