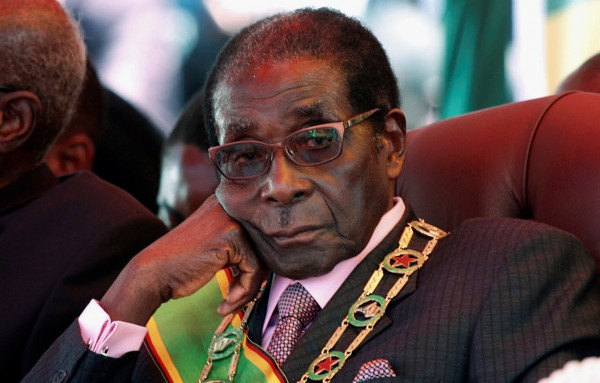 Mugabe is credited as a true African hero for his actions as a liberation leader in the 1980’s.

File: Robert Mugabe resigned as Zimbabwe’s president on Tuesday. Photo: Reuters / Stringer
HARARE – Robert Mugabe resigned as Zimbabwe’s president on Tuesday, a week after the army and his former political allies moved against him, ending four decades of rule by a man who turned from independence hero to archetypal African strongman.The 93-year-old had clung on for a week after an army takeover and expulsion from his own ruling ZANU-PF party, but resigned shortly after parliament began an impeachment process seen as the only legal way to force him out.Wild celebrations broke out at a joint sitting of parliament when Speaker Jacob Mudenda announced Mugabe’s resignation and suspended the impeachment procedure.

Mugabe is credited as a true African hero for his actions as a liberation leader in the 1980’s.

He has been praised for making good on a promise to return land to Africans and addressing inequity in the distribution of land, despite the ensuing civil discord.

Mugabe was seen as a champion of the beneficiation of Africa’s mineral wealth (transformation of a primary material to a more finished product, which has a higher export sales value), instead of its raw exportation.

According to the latest UNESCO estimates however, Zimbabwe has an adult literacy rate of 83 percent with several other Sub-Saharan African countries having higher literacy rates.

Mugabe buried himself in books from an early age and was educated at Marist Brothers and Jesuit schools, notably Kutama College in the Zvimba district, north west of what was then Salisbury.

He first qualified as a teacher, but left Southern Rhodesia to study at the at the University of Fort Hare in neighbouring South Africa where he obtained the first of his seven degrees in 1951.

He taught in Northern Rhodesia (now Zambia) and Ghana until 1960.

When he was imprisoned in 1964, Mugabe again threw himself into his studies acquiring two law degrees.

He was awarded 13 honourary degrees, but three of these were later withdrawn.

In 2007, Edinburgh University notably stripped him of a degree awarded in 1984 after reviewing evidence of his role in the Matabeland massacre in which 20,000 people died.

In 2008, the University of Massachusetts withdrew his law degree and Michigan State revoked an honorary law degree in 1990.

Mugabe became politically active when he returned to Southern Rhodesia in 1960, joining the National Democratic Party, which was later banned. He then, along with other nationalists, formed the Zimbabwe African People’s Union (ZAPU).

He left the Joshua Nkomo-led ZAPU to join a splinter group called the Zimbabwe African National Union (ZANU) founded by founded by Ndabaningi Sithole, where he soon rose to the position of Secretary-General.

After a spate of violent clashes between the two parties, both nationalist organisations were banned in 1964 by the white regime of Prime Minister Ian Smith.

Their leaders, including Mugabe, were imprisoned indefinitely and the Rhodesian Bush War (Zimbabwe War of Independence) against the Smith government began.

Mugabe was also chosen in absentia to lead ZANU while still incarcerated in 1974. After his release the same year, Mugabe left the country for Mozambique and took full control of the Marxist and Maoist ZANU in 1975.

By 1979 negotiations between Mugabe and Nkomo’s Patriotic Front with the government culminated in the Lancaster House Agreement, which brought an end to white rule and the birth of Zimbabwe, as it is known today.

In the election that followed, ZANU won the majority of the seats not reserved for whites in terms of the agreement and Mugabe became Zimbabwe’s first Prime Minister in 1980.

This position was abolished in 1987, when he became president of Zanu-PF, a post he has held until his resignation.