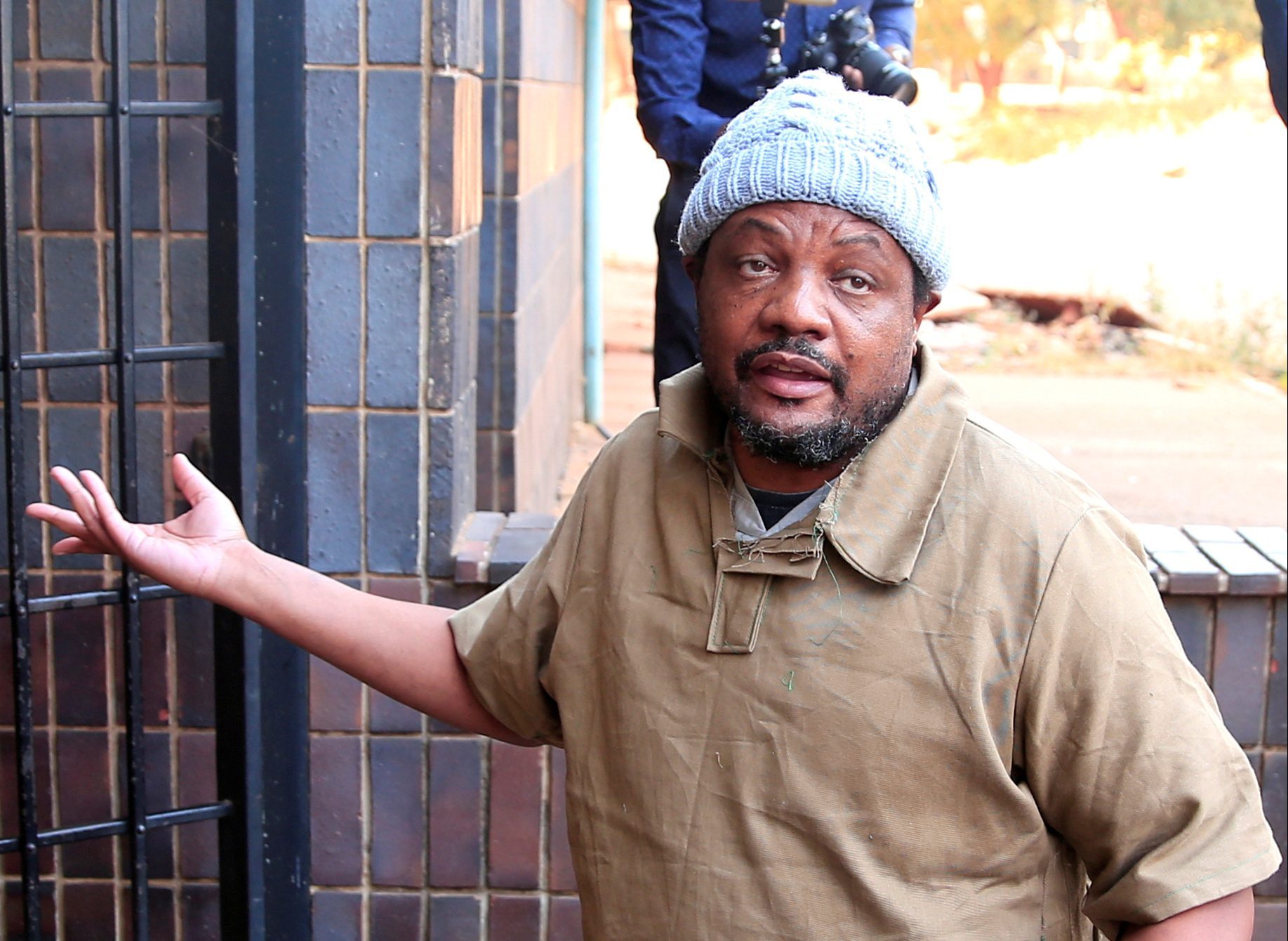 Zimbabwean journalist Hopewell Chin’ono was charged with obstructing justice and contempt of court for a tweet [File: Philimon Bulawayo/Reuters]

Chin’ono is accused of breaching his bail conditions by tweeting about the court outcome of a gold smuggling scandal despite a ban on him posting on Twitter.

He had initially been arrested in July on charges of inciting public violence before planned anti-government protests but was freed in September on bail.

The 49-year-old, who was arrested again on Tuesday, arrived at the Harare magistrate’s court in leg irons and handcuffs, where he was charged with obstructing justice and contempt of court for the tweet.

His latest detention is linked to the arrest of Zimbabwe Miners Federation head Henrietta Rushwaya at Harare Airport on October 26 as she was about to board a flight to Dubai with six kilos (13 pounds) of gold in her hand luggage.

In a tweet, Chin’ono said he had talked to prosecutors about Rushwaya, an act which the state said had jeopardised “the integrity of the case against himself and that of Rushwaya”.

His legal team said his case should not be heard by a Special Anti-Corruption Court as it did not involve graft, and said the new detention conditions threatened their client’s welfare.