Protests a form of feedback 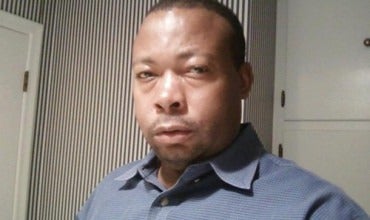 Zimbabweans have noted with sadness the blatant violation of their constitutional right to peacefully demonstrate against a government that has totally failed to manage their affairs. On August 16, the President Emmerson Mnangagwa-led government used police to beat up citizens who were peacefully protesting against his administration’s failure to address economic hardships.

Videos and pictures of police indiscriminately beating up citizens going about their business have gone viral on social media and the internet. Some of these pictures and videos show riot police using batons on unarmed elderly women who could not even escape police brutality. The majority of citizens don’t even care to know who deployed police to deal with the demonstrators, saying the buck stops with Mnangagwa, the Commander-in-Chief of all security forces.

Mnangagwa’s government knows that the disgruntlement among Zimbabweans due to misgovernance is widespread. The government’s default reaction, therefore, has been to resort to force in order to silence the people. Mnangagwa and his cronies want the people to suffer in silence.

The same tactics of containing protests employed during former President Robert Mugabe’s tenure are also being used now by the so-called new dispensation. It’s like the same person who was directing the violent manner by which security forces would respond to disgruntlement of any sort in the past, is also the same one in charge in the new dispensation. The ruthlessness has not diminished, but has actually escalated under Mnangagwa’s regime. The new dispensation is only new in the sense that it comes after the Mugabe regime, but not that it is any different.

Though Mnangagwa has managed to suppress the people into silence, it doesn’t mean the people’s problems have ended, or that the domesticated Zimbabweans will remain cowered forever. Zimbabweans will one day go for Mnangagwa himself, as the cause of their suffering. What Mnangagwa seems unaware of is that by delaying change, the anger that presently engulfs Zimbabweans will keep growing. A cornered cat can fight a dog and defeat it!

So, citizens will one day come to realise that Zimbabwe is a fully-fledged authoritarian State, even worse than that of Mugabe and will resent it to a point where they will finally depose it.

So, Israel has been in rebellion against the house of David to this day. This story is found in the book of 1 Kings, and somehow mirrors our present situation. That’s why I raised it, to teach those who show apathy and mock other people’s suffering.

The sooner Mnangagwa listens to the concerns of people of Zimbabwe and work with them and under them, the better for him and Zimbabwe. But instead, if his government continues to be arrogant and ignore people’s sufferings, the same people will continue to resent his government and will eventually rebel against it and overthrow it, and depending on the level of their anger, we may not fully know what will happen to the oppressors. All we can do is keep warning them that the situation should not be left to fate. People of Zimbabwe do not owe the government anything. Should the people of Zimbabwe now run out of patience, no one should blame them.