Punish me if I’m wrong: Gumbo 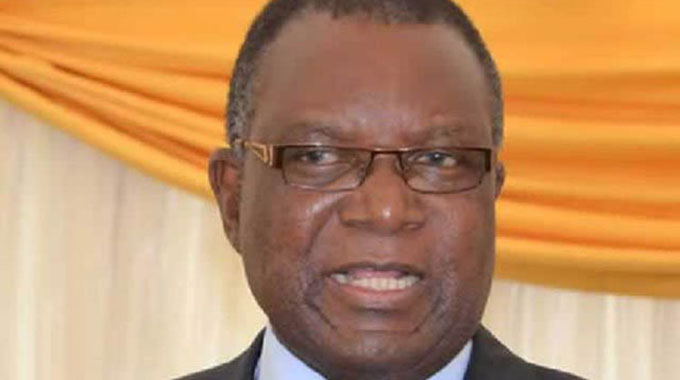 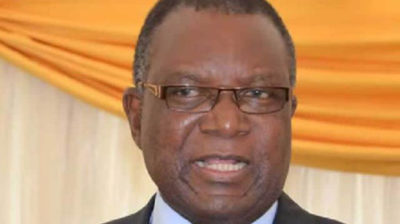 When I was appointed Transport Minister in September 2015, I found that the road situation in the country was very bad.

I intended to make sure that our roads were trafficable. I also looked at the National Railways of Zimbabwe and Air Zimbabwe.

Those were the three priority areas I was mandated by the then President (Robert Mugabe) to look into immediately.

Regarding Zinara, which is an issue that keeps on coming up in the papers, I looked at the money they were getting and I found that very little money was going towards road rehabilitation and reconstruction. The bulk of the collections were going towards repayments.

I also toured the whole country and discovered that there were some projects that had been done by the Ministry through Zinara, but the tenders were awarded procedurally.

Most of the projects were paid for and were not done. I ordered a forensic audit through the Auditor-General, who appointed Grant Thornton to do the forensic audit.

They did the audit and presented the draft report before presenting the final report to the ministry. I looked at it and took it to the then President, before appointing an independent committee to analyse the report and recommend the way forward.

I did so out of the desire to be seen as not working against individuals.

I called the board (which was different from the one that was audited) and gave them the report and directed them to come up with actions on the way forward. Before I did that, I had informed President Mnangagwa about everything.

The board looked into the reports and came up with the way forward. They were supposed to hand over their findings to me, but now elections were due so I declined the report and told them they would give it to (whoever was appointed) the minister after the elections.

Then there is the issue that I unprocedurally got allowances from Zinara.

When I came to the ministry, we directed Zinara to budget for countrywide road monitoring tours. The tours were conducted between Friday and Sunday using money from Zinara. This was never about me getting an allowance from Zinara, but this was money that was budgeted for and for everyone who toured with us.

The accusations are false and malicious. Now people are saying I am responsible for protecting corrupt people at Zinara, but I am the one who initiated the forensic audit.

I am the one who exposed all this.

When I came into the ministry, I was tasked with finding a partner for Air Zimbabwe, as well as unbundle Caaz.

I approached Ethiopian Airways. They told me that they could not partner us because we had bad books; they wanted to take over our routes but they did not want to do business with us. We also approached Kenyan Airways, Egyptian Airways, and the responses were all the same.

We however got an encouraging response for Air Malaysia. We then travelled to Malaysia with the then President, who was going to Singapore for his health check-ups. In Malaysia, we met with their Prime Minister who had a one-on-one discussion with our former President.

Also in attendance were a team from Air Malaysia, PriceWaterhouseCoopers, who were responsible for selling Air Malaysia airplanes, and our team.

The negotiations were about buying or leasing airplanes from Air Malaysia.

Mr Mugabe introduced me to the Prime Minister who said to me, “Minister Gumbo do you have money?” and I said I did.

And he said, “If you have money, I am giving you four planes for $70 million”. We accepted.

Then President Mugabe left for Singapore, leaving us to negotiate. We could not agree because PWC who demanded that we pay $140 million for each plane.

They said the offer made by their Prime Minister was made in jest. I insisted that he could not make such a joke in the presence of our President, it was not possible.

Negotiations broke down the following day and I told them that I was informing my President that we had failed to agree and the Prime Minister had lied to him.

They called their Prime Minister and he said, “Sell to them at US$70 million because we don’t want to see those planes again. They are cursed!”

Remember what happened to that Malaysia Airways flight?

The negotiations were back on track and we were joined by (Reserve Bank of Zimbabwe Governor) Dr John Mangudya and (Finance) Minister Patrick Chinamasa who were coming from America.

A letter of intent was drafted and the RBZ was asked to authorise payment of $7 million so that discussions could commence, and he did that. Of the four planes, two were five-years-old (and) were at $18,5 million each and the other two were selling for $16,5 million each.

The oldest was 11-years-old and in aviation, those are considered fairly new.

We agreed that they could start servicing them and rebrand them in our colours. We organised to go back for a test flight when they were done with the first one. We went for the test flight and that is when all the trouble began.

Upon landing, the whole world knew about Air Zimbabwe buying planes. The news was that they were going to be impounded by people we owe money.

So we were advised by PWC on how to go around the issue by registering a leasing company. We came and sold the idea to then President Mugabe and he instructed us to go and see then Vice-President Mnangagwa, because he would know what to do.

We then went and saw the then Vice-President and told him what had happened. Cde Mnangagwa then called in Chinamasa as Minister of Finance and Mangudya. We resolved that we form a leasing company where Mangudya would be the trustee and Government’s representative.

The company directors would be from the Transport Ministry. Zim Airways had been registered in 2012 and the directors were drawn from the ministry. The problem came with having directors who were Government employees; this showed that we owned the company.

That is when we removed them and appointed new people with Mangudya remaining the trustee. We went back to the State Procurement Board to regularise the issue of the planes which were now supposed to belong to Zim Airways.

We, however, had to keep this a secret and told the public that the airplanes belonged to Zimbabwe Airways, which was supposedly a private company.

We did this to manage perceptions and protect the planes from being impounded.

After the New Dispensation came, the President said we were re-engaging with the former white farmers and we had agreed on payment plans, so the planes would not be impounded.

There was then no need to hide behind the Zimbabwe Airways narrative.

We were directed to take delivery of the first plane. Chinamasa and myself were tasked with informing the nation that the Zim Airways story was a cover-up and sanction-busting story.

There was no longer need to keep hiding the planes, we had to tell the people that the planes belonged to Government.

What is interesting is that after refurbishment, the plane was re-evaluated and its value had risen to $140 million.

So far, three have been paid for but we are yet to finish paying for the last one.

On the issue of Simba Chikowore, he was Air Zimbabwe’s COO so he was representing the airline’s interest in the negotiations. After the matter became public, we advised him to resign from Air Zim to remove any connections with the airline in the deal.

By then he was serving notice of his resignation and he was going to the Zim Airways section because he was well qualified to do so.

There are graders which were bought and I have nothing to do with those graders.

They were bought when I was still at Parliament as Zanu-PF’s Chief Whip and they were commissioned publicly at Robert Mugabe Square.

But people are saying that I had a hand in their procurement. There is also the issue of snow graders which were bought using money from Zinara. I am the one who exposed that during a meeting I had with local authorities in Marondera.

They also had not been properly procured and I had to regularise that with the SPB because they had already been bought and distributed.

I exposed all this but am now being accused of being corrupt.

Before the former President left, he would always say to me “report to Emmerson”. So all these lies that are being peddled, the President knows the truth.

All this nonsense won’t stick.

I am happy that I am one of the lucky ones who have been reappointed by the President into Cabinet. I need to set the record straight so that I am not distracted from executing the mandate that I have been given.

I am said to be one of the richest people in Zimbabwe, I am said to have received bribes for the Geiger deal. I am the one who proposed that we cancel the deal and we did so.

They say that a company I allegedly co-own with my wife – JMCD – is winning Government tenders because I am a minister.

But the fact of the matter is that I resigned from the company long before the Zinara tender. JMCD has not been paid contrary to reports and has declined 90 percent of the orders. When I look at all these things I feel like there are people who are fighting me politically and I don’t know why.

If I am wrong I will be punished by God but I am sorry to say that I am not wrong. I can leave office anytime if I am corrupt, but I have not done anything wrong.

I am glad that my superiors know exactly what I do.