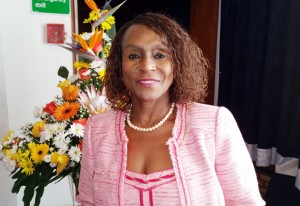 TEMPERS flared during a CFI Holdings extraordinary general meeting (EGM) two weeks ago, triggering an altercation between a lawyer and a shareholder in the Zimbabwe Stock Exchange listed agro industrial firm.

In a shocking turn to the resentment between shareholders linked to Stalap Investments and Nicholas van Hoogstraten’s Willoughby’s Investments that has been simmering for over one year, van Hoogstraten’s son, Alexander Hamilton, pushed Stalap’s lawyer, Addington Chinake, and told him to “shut up” as CFI shareholders settled down to consider the fate of a controversial transaction, minutes of the meeting obtained this week indicated.

Van Hoogstraten was pushing for the reversal of CFI’s $18 million sale of Langfords Estates to Fidelity Life, approved at a CFI EGM in October 2015.
Under the Langford transaction, CFI sold 81 percent shareholding in the 841-hectare estate to Fidelity, which has been diversifying into the property market.

Van Hoogstraten claimed that there was conflict of interest in the transaction after Zimre Holdings, which holds shareholding in both Fidelity and CFI, voted at the 2015 EGM.
He claims that another shareholder, National Social Security Authority (NSSA), was also in conflict of interest when it cast its vote.
NSSA has denied his claim.

Shareholders turned down Willoughby’s proposals to reverse the transaction on the day of the boardroom fistfights, but that was after Chinake questioned new CFI chairman, Itai Valerie Pasi’s authority to preside over the EGM.

He had argued that CFI had no chairman since, Grace Muradzikwa had resigned only a few days before.
“Ms Pasi informed Mr Chinake that the meeting had been requisitioned by Willoughby’s Investments (Private) Limited. Mr Alexander Hamilton interjected and requested Mr Chinake to shut up. At that point, there was commotion in the room, which resulted in the mini-altercation between the two.
Mr Hamilton stood up and pushed Mr Chinake. Ms Pasi called in security and the parties were restrained. Mr Nick van Hoogstraten shouted and Mr Simon Rudland told him to shut up,” said the minutes.

Rudland is a major shareholder in Zimre Holdings, whose interests in CFI are represented by Stalap.
“When the commotion subsided, Mr Chinake addressed the meeting saying the context of the meeting was very important. He insisted that he wanted to know who the chairperson of the meeting was and who had appointed her. She introduced herself as Itai Valerie Pasi and that she was chairing the meeting,” the minutes read.

“He (Chinake) further stated that as far as Stalap was concerned the company CFI Holdings Limited did not have a chairman as an advert had been flighted four (4) days prior to the meeting indicating that the then Chairman (as) Mrs G Muradzikwa had resigned with immediate effect. Further, Mr Chinake wanted to know who had appointed Ms Pasi as the chairman and when she had been appointed. At that point Mr Nicholas van Hoogstraten said what Mr Chinake was saying was nonsense.”
In her address to the EGM, Pasi said CFI had failed to issue a notice for the EGM in terms of the Companies Act.

As a result, Willoughby’s had requisitioned the EGM.
“Hamilton highlighted that the previous corrupt board and management had presided over the illegal Langford transaction,” the minutes said.
He also mentioned that the previous circular did not disclose that it was a related party transaction. He said both the circular and the valuation report were misleading. The shareholder only got to know of related parties in June 2016.

Pasi cautioned related parties not to vote.
“Mr Chinake, upon trying numerous times to raise further points and without getting a chance and getting exasperated interjected and clarified that shareholders meetings are supposed to be handled on an impartial basis. He further stated that Stalap is not aware of any meeting where a new chairman was appointed. He further said that Ms Pasi was masquerading as a chairman,” the minutes said.