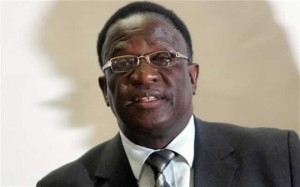 ZIMBABWE is currently riding a wave of optimism, following the dramatic exit of former president Robert Mugabe from the scene last week.

The country’s new President, Emmerson Mnangagwa, who has so far made the right noises since his inauguration last Friday, has promised real action to end Zimbabwe’s extended economic nightmare.
Within days of assuming office, Mnangagwa has promised a lean government, action on economic crimes and restoration of the civil service’s work ethic.
We will hold him up to that promise.

A good place to start would be the repeal of the Indigenisation and Economic Empowerment Act.
It is not our contention that the controversial law alone is responsible for Zimbabwe’s economic malaise. But it is a huge part of it.

The law has been on our statute books for close to a decade now, but has only served to cloud our investment climate at a time when our regional peers and competitors were motoring ahead of us in the foreign direct investment (FDI) stakes.

It is instructive that Zimbabwe’s FDI flows, since independence, have not exceeded US$3 billion, much lower than Zambia and Mozambique, which boast of over US$10 billion and US$16 billion, over the same period.

The enactment of the indigenisation law coincided with the advent of quantitative easing in the United States of America and Europe, in response to the global financial crisis of 2008.
The deluge of capital flows into emerging markets evaded Zimbabwe, largely due to our opaque investment environment, thanks in no small part to the indigenisation act.

Short of achieving its noble ostensible goal of ensuring meaningful local participation in the economy, the indigenisation law became a sabre rattling platform and plank for corrupt politicians seeking to shake down foreign investors.

To date, despite all the rhetoric surrounding the policy, government can point to one successful indigenisation transaction; the one struck with Canada’s Caledonia Mining Corporation, which operates a gold mine in Gwanda.

So, while Zimbabwe has precious little to show for the indigenisation law, there is certainly a whole graveyard of dreams broken by its continued existence on our statute books.
It has been suggested that the law itself is “not all that bad” and that it has been misunderstood or just poorly implemented. The fact of the matter is that as a law, it has earned a bad name and its effects on the economy have been deleterious.

It has to go, if the country is to seize upon the prevailing mood of optimism.
In its place, let us have a more prudent, well thought out piece of legislation which balances our need for investment, both local and foreign, as well as ensuring meaningful Zimbabwean participation in the economy.

After more than two decades in which Zimbabwe has frittered countless opportunities, including an extended commodities boom and the quantitative easing bonanza, we cannot afford to blow another chance.
Over to you, Mr President.