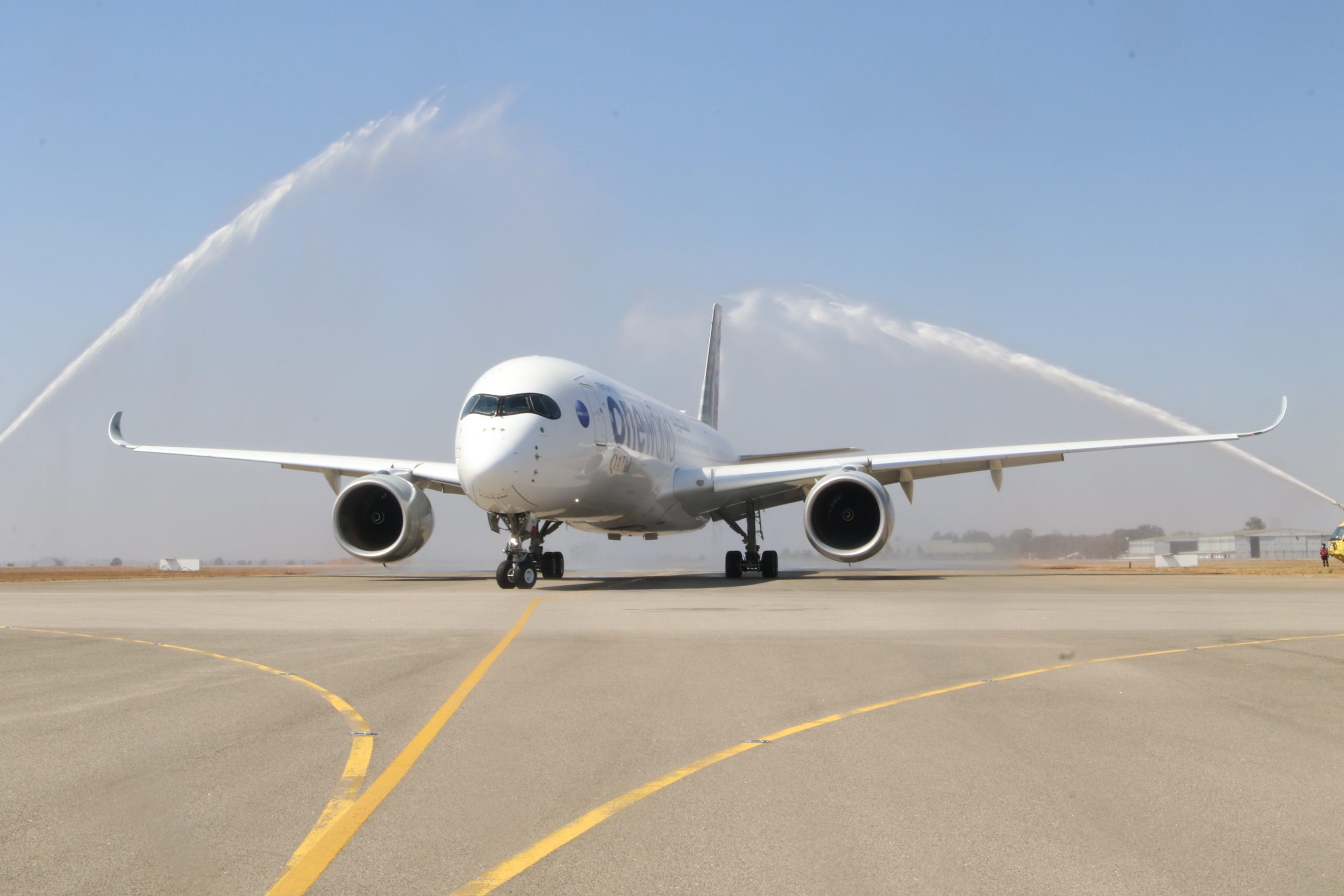 By Chiedza Kowo
One of the world’s giant airlines, Qatar Airways, has launched its first flight to Harare and Lusaka bringing connectivity and enhancing trade between the Southern Africa region and the Middle East

The three-times a week Harare service will be operated by the airline’s state-of-the-art Boeing 787 Dreamliner featuring 22 seats in Business Class seats and 232 seats in Economy Class.

Businesses and traders are set to benefit from the airline’s cargo offering carrying more than 30tonnes of cargo per week.

Qatar Airways group chief executive Akbar Al Baker said the coming in of their airline will enhance trade and tourism pushing Africa to compete as the fastest growing economy.

“We have ambitious plans for Africa, which is one of the fastest-growing economic regions of the world, with rising consumer demand and an abundance of natural resources. We see enormous potential in not just outbound travel from Zimbabwe and Zambia, but also inbound traffic from India, UK, and America,” al Baker said.

“We look forward to strengthening trade and tourism links between Zimbabwe and Zambia, and destinations on the Qatar Airways network, and steadily growing these routes to support the recovery of tourism and trade in the region.”