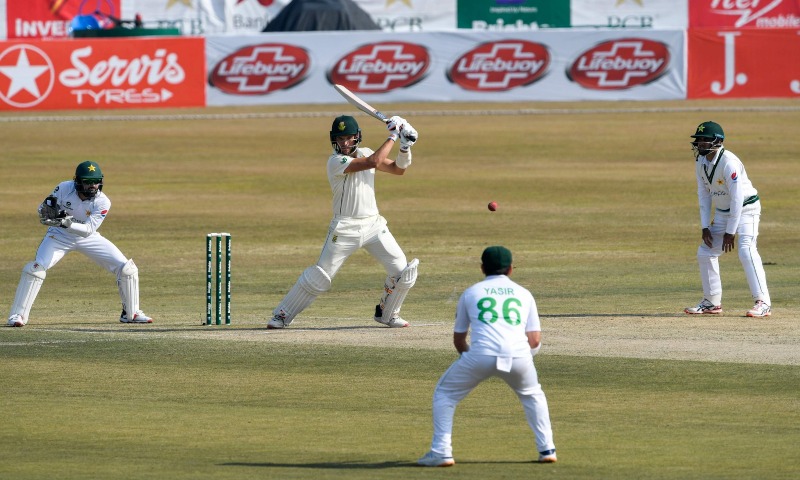 Pakistani pacer Hasan Ali is in supreme form in the Rawalpindi Test, taking five wickets against South Africa in the first innings which helped green shirts take a lead of 71 runs.

All-rounder George Linde hit three boundaries and a six in his quickfire 21 but missed the line of a Hasan delivery and was bowled.

Earlier, middle-order batsman Temba Bavuma survived umpire Ahsan Raza´s decision on 16 when he was given leg-before off Hasan Ali, reviewing it successfully to continue his fight.

Pakistan leads the two-match series 1-0 after winning the first Test in Karachi by seven wickets.
—
Wasim Qadri, Islamabad based Senior Sports Journalist and Television Show host, can follow on twitter at @jaranwaliya