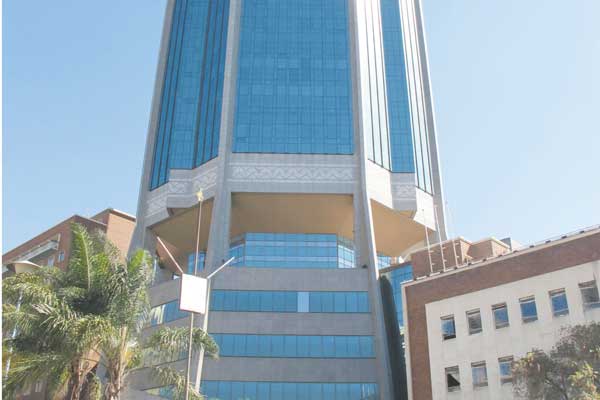 THE Reserve Bank of Zimbabwe (RBZ) said on Monday its monetary policy committee (MPC) had agreed to maintain the policy rate at 35% as part of measures to keep speculative borrowing at bay.

The central bank also kept the medium term lending rate to productive sectors at 25% after unveiling a new facility for under-fire firms to forestall a gruelling economic crisis that has been compounded by the COVID-19-induced lockdowns.

“The MPC resolved to … maintain a status quo on both the policy rate for overnight accommodation at 35% and the medium-term lending rate for the productive sector lending at 25%,” RBZ governor, John Mangudya said.

“This decision on interest rates takes into account the current tight liquidity conditions in the market and the need to continue controlling speculative borrowing,” Mangudya said as he unveiled the bank’s latest decision on private sector interventions.

“The MPC … approved additional funding for an amount of $2,5 billion under the bank’s medium term lending facility to support the productive sectors and promote economic recovery. The fund will be access by final beneficiaries through normal banking channels under an arrangement that is consistent with the conservative monetary targeting framework being pursued by the bank,” he said.

This week’s announcement codifies the RBZ boss and his colleagues’ strategy to be extraordinarily patient as they battle to protect the economy in the months ahead, even as impatience is running high among Zimbabweans following the dramatic return of volatilities in June last year.

The volatilities ignited an inflationary spiral.

But it is this calm and assuring sentiment that could help cool the mayhem triggered by a string of missteps made in the past 10 months, including policy flip flops.

This week’s string of decisions followed months of efforts by authorities to stabilise a volatile exchange rate and contain runaway prices and inflation, which spiralled following the return of the domestic currency last year.

Both the official and parallel market exchange rates have stabilised since the introduction of a foreign currency auction system in June.

But the battlefront will switch to addressing rocketing prices in the aftermath of huge electricity tariff increases by State-controlled power utility Zesa Holdings in the past month.
The MPC also maintained its strategy to limit mobile money transfer transactions.

“The MPC resolved to … maintain the limit of ZW$5 000 per transaction for mobile money transactions and adopting a weekly limit of ZW$35 000. These limits will be reviewed continuously in line with the requirements and convenience of the transacting public,” the RBZ said.

It said prices were expected to remain stable.