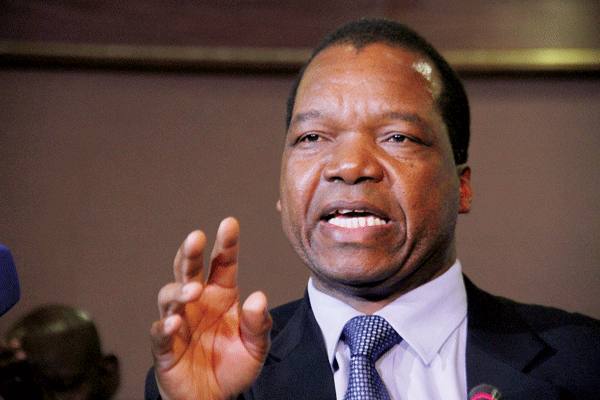 BY TATIRA ZWINOIRA
THE Reserve Bank of Zimbabwe (RBZ) says a relentless depreciation of the domestic currency experienced in the past few months has been triggered by excessive currency manipulation by firms pursuing “selfish” business models.

RBZ governor John Mangudya said the carnage was not a result of United States dollar shortages as the country was generating foreign currency at a far higher rate than before.

Foreign currency shortages in the official market have led to a thriving black market, where rates have been running riot, leading to rocketing prices and high inflation.

Zimbabwe’s inflation rate increased to 131% last month, from 96% in May, and is rated among the world’s highest.

Since the beginning of the year, parallel market rates have increased to about US$1:$560 from about US$1:$280 at the end of last year.

However, the RBZ chief said recent measures announced by authorities would stem the inflation surge and stabilise the haemorrhaging currency.

Money supply is the total amount of money—cash, coins, and balances in bank accounts—in circulation.

When money supply grows faster than the economy is growing, inflation rises.

“Arbitrage business models being pursued by some entities are not good for the economy, its selfish business models, not sustainable, its inflationary, its punishing the consumers, it undermines business confidence and is counterproductive,” Mangudya told delegates at the just ended Chamber of Mines of Zimbabwe’s annual mining conference in Victoria Falls.

“Domestic foreign currency liquidity in the economy at current levels of over US$2,4 billion is sufficient to stabilise the domestic currency and support production.

“The country is generating adequate foreign currency with US$9,7 billion received in 2021 against foreign payments of US$7 billion.

“The foreign receipts for 2021 are highest ever since. The country has so far received foreign currency amounting to US$4,1 billion as at 15 May 2022, about 40,5% increase from same period last year of US$2,8 billion.”

He spoke as latest RBZ data showed money supply growth grew by nearly 152% to $589,09 billion during the first quarter of this year, compared to the same period in 2021.

“The local currency component of broad money grew by 163,27%; while foreign currency deposits increased by 139,20%”.