This year Bulawayo’s Nhimbe Trust, in partnership with Harare-based arts development organisation Savanna Trust, embarks on a unique project for intercultural dialogue, aptly entitled ‘Relinking Communities Through Culture’. The project is supported by Culture at Work Africa (CAWA), a consortium of eight African, European and international partners whose mission is to promote the public value of intercultural dialogue for social cohesion in urban Africa. 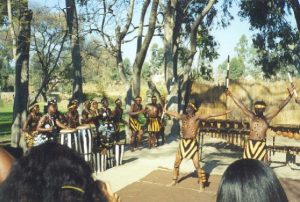 Culture at Work Africa joins forces with the European Union to create new opportunities and mobilise stakeholders to promote intercultural dialogue and cultural diversity in urban and periurban areas in Africa as drivers for social inclusion and sustainable human development.

CAWA takes up the challenge raised by the African Union and its vision for 2063 for “an integrated, prosperous and peaceful Africa, driven by its own citizens and representing a dynamic force in the international arena.” (http://www.cultureatworkafrica.net) To achieve this, Culture at Work Africa carries out a wide range of activities including the support to innovative on-the-ground projects aiming at developing safe and neutral spaces for intercultural dialogue, active citizenship and intercommunity relations, training and capacity building of cultural operators, public authorities and cultural mediators, networking and exchanges between different stakeholders, as well as awareness raising on the importance of culture and cultural diversity for sustainable human development.

As part of the ‘Relinking Communities Through Culture’ project which aims to create cultural interventions providing inclusive spaces for sharing and listening and meaningful conversations around ethnic identity, Nhimbe Trust’s production house ‘Bluez Café’ has partnered to host two generational and intergenerational ‘conversations’ in 2019 in Zimbabwe’s two largest cities, Bulawayo and Harare, with Amakhosi Productions (Bulawayo) and Savanna Trust (Harare).

The dialogue tool that will be used is creative arts, where storytelling is used in the making of a documentary series entitled Mayuyu S’banye (Peace, We Are One [people]), to present questions for the dialogue and conversations on some of the painful wounds of the past that have brought division among the people of Zimbabwe. The objective is to use creative arts to stimulate open dialogue and conversations to build social capital and promote social cohesion and, by awareness-raising, to generate debate to foster empathy, tolerance, unity and understanding for the benefit of future generations of Zimbabwe.

In all, the ‘Relinking Communities Through Culture’ project will include, across the two cities, the establishment of a network of young cultural and media practitioners, cultural seminars and public discussion platforms, and collaborative festival performance platforms.

Nhimbe Trust (Bulawayo) is a Zimbabwean non-profit non-governmental advocacy organisation working at the intersection of culture and development to foster economic and social justice. It is founded on the belief that the arts are critical in shaping values in society, and its work includes national, regional and global cultural leadership and advocacy, the Bluez Café platform – a creative space for free expression, the Women in Theatre and Television (WiTT 2011) and Children in Theatre and Television (CiTT 2009).

Savanna Trust (Harare), Nhimbe’s co-applicant in the project, is a non-profit arts development organisation that achieves its objectives through community engagement using interactive theatre, radio drama and discussions; a training and development programme which imparts critical theatre and arts management knowledge and skills to community theatre groups and individual theatre practitioners, and staging of an annual protest arts festival.