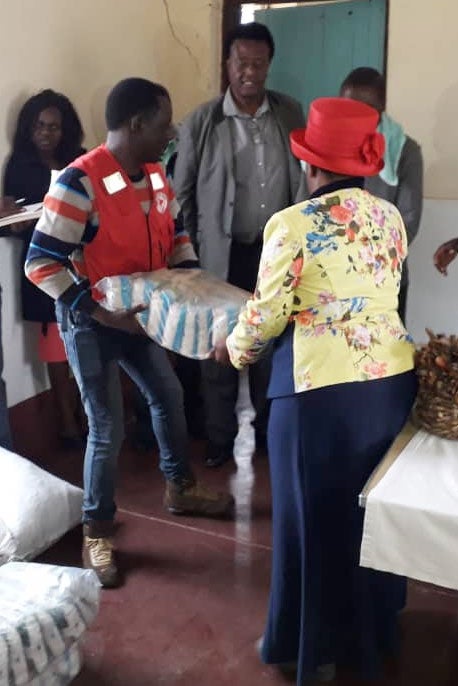 Macheso made these remarks when he donated food and clothes on behalf of Red Cross to psychiatric patients at Ngomahuru Psychiatric Hospital in Masvingo. He said the lives of people living with mental illness were plagued by stigma and discrimination.

“I came here sometime last year and discovered that this hospital was facing a lot of challenges, some emanating from the fact that society shuns people with mental disorders.

“We went back and mobilised some of these things that we brought here and there are people out there who are willing to help. I know I owe you a radio which I promised you and that pledge still stands. I will bring it.”

Macheso was the star attraction when the ZRCS team toured the institution with some psychiatric patients, including one who was in solitary confinement, recognising the singer and singing some of his songs.

“I know you are Macheso, I know you,” said the confined patient, before bursting into singing one of Macheso’s hits Vapupuri Pupurai.

“The biggest challenge we have here is food. We largely rely on government handouts, but as you know the environment is not that conducive, we sometimes have to do it our own way,” Hwami Mahwehwe said.

He said apart from food, the hospital’s infrastructure was obsolete, with qualified personnel shunning the institution due to lack of electricity at some staff cottages.

“As Red Cross, we are a humanitarian arm of government and we are here to support government efforts,” she said.