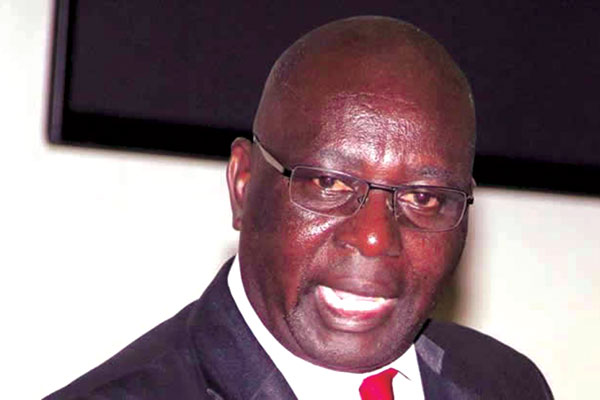 ZANU PF has demanded the reinstatement of ex-Chitungwiza town clerk George Makunde who was recently fired on allegations of corruption.

Chinamasa said the appointment of the disciplinary board and the prosecutor for Makunde’s disciplinary hearing was done without following laid down procedures and called for the suspension of Maiko.

Makunde was suspended after he was accused of insubordination and diverting funds meant for service delivery to pay salaries for top management against a directive from the parent ministry.

According to the charges “during the period January 2013 to July 2017, Makunde transferred money amounting to US$295 544 and US$623 450 from various council accounts such as the water, health, sewerage, education, engineering accounts to management salaries account number 61070041940697.

But the Zanu PF acting spokesperson alleged that it was, in fact, MDC Alliance councillors and some council officials who were corrupt and should all be suspended to facilitate investigations.

“Zanu PF is demanding the reinstatement of the town clerk George Makunde who was removed by the MDC mayor to facilitate their corrupt activities.

“Zanu PF considers the suspension of the town clerk to be null and void. The appointment of the disciplinary board and the prosecutor was done without following laid down procurement procedures,” Chinamasa said.

“Zanu PF is demanding that the acting clerk, the director of works and director of housing be suspended forthwith pending finalisation of their cases where they are being accused of abuse of office and corruption.

“Zanu PF is calling on the Minister of Local Government July Moyo to exercise his powers and rescind all Chitungwiza Town Council resolutions passed by the MDC-led council to imbed systemic corruption within council affairs,” Chinamasa said.

“The Municipality of Chitungwiza boasts of systemic corruption ranging from unfair labour practice, irregular distribution of land, and lack of quality service provision. The stand allocation committee was dissolved in Chitungwiza barely a week after 889 stands were allocated arbitrarily, irregularly abruptly and corruptly without the pretence of adhering to any procedure.”

He alleged that several people, who were allocated stands arbitrarily, irregularly and corruptly, proceeded to develop the stands even before leases were signed and plans were submitted and approved by the
council.

Zanu PF is targeting all councils controlled by the MDC Alliance as part of its elaborate plan to decimate the opposition, already at sixes and sevens after the Thokozani Khupe-led MDC-T, allegedly working with the ruling party, has already recalled 32 MPs and 165 councillors elected under Nelson Chamisa.