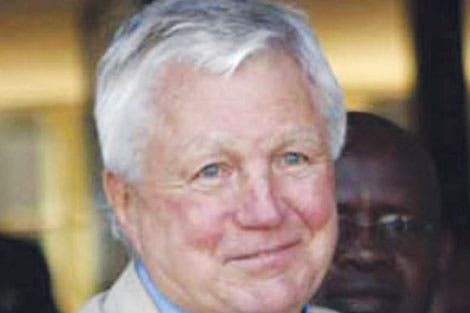 IT was with a deep sense of sorrow that I learnt that John Arnold Bredenkamp passed away on Thursday, June 18, 2020 at his home in Harare. He would have turned 80 years of age on August 11, 2020.

I would like to pay a special tribute to “JB”, as he was affectionately known by a legion of his acquaintances in the local political circles, for the immense and immeasurable contribution, which he made in the development of sport and education in Zimbabwe.

First, he played rugby for our country as a scrum-half and captained the national rugby team from 1965 to 1968. As a former pupil of Prince Edward School (PE), he fervently and magnanimously supported the development of rugby and music at his alma mater. In 1998, he bankrolled the construction of the music and computer centres at PE.

Second, he generously supported the iconic Royal Harare Golf Club (RHGC), especially during the redevelopment phase of the club in the 1990s in the build-up towards September 1998 when the august club held its centenary celebrations.

“JB” enjoyed unbroken membership of RHGC for just over 34 years after becoming a member on January 27, 1986. I joined RHGC in February 1984 and, during my three-year stint as the Club’s captain from 2002 to 2005, “JB” was instrumental in securing the services of the legendary Wales and British & Irish Lions scrum-half, Gareth Owen Edwards, as guest of honour and speaker at the Captain’s Dinner which I hosted in 2002.

It was arguably the largest and most well-attended Captain’s Dinner ever held at RHGC on account of the fact that Edwards was one of the most prestigious and riveting after-dinner speakers in sporting circles worldwide.

Incidentally, Edwards got knighted for his services to sport and charitable causes in Queen Elizabeth’s Birthday Honours List in 2015. The truth of the matter is that, if it wasn’t for Bredenkamp’s abiding passion for and commitment to RHGC and Zimbabwe, there is simply no way that Sir Gareth Edwards would have graced us with his presence at that memorable dinner because the club would not have been able to afford his fee and associated costs.

My sincere condolences go to John Bredenkamp’s son Gavin and his family.