Maputo (AIM) – The dismantling and disarming of the militia of Mozambique’s former rebel movement, Renamo, has hit a snag, with the dissidents who call themselves the “Renamo Military Junta” refusing to hand over their guns.

Source: Renamo dissidents refuse to hand over weapons – The Zimbabwean 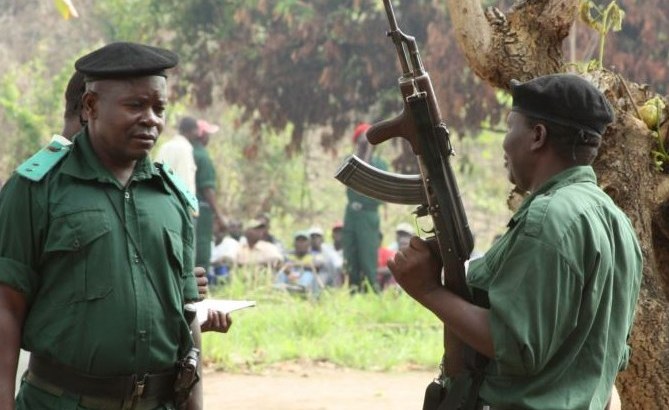 The head of the Junta, Mariano Nhongo, who held the rank of major-general in Renamo, told reporters in Beira, via a telephone link, that his followers would not disarm for as long as Ossufo Momade remains the President of Renamo.

“We are going to elect our President and only then will we hand over our weapons”, he said, claiming “the soldiers are on my side”.

Cited in Monday’ issue of the independent newssheet “Carta de Mocambique”, Nhongo added that the agreement on a definitive cessation of hostilities, signed in the central district of Gorongosa last Thursday by Momade and President Filipe Nyusi, merely “deceives the people”, since the Renamo guerrillas will not disarm for as long as Momade heads their party.

Asked about last Wednesday’s ambush against vehicles on the country’s main north-south highway in the Nhamapadza area, in Maringue district, Nhongo denied that his group had anything to do with it.

Nhongo said he had called a conference of Renamo fighters for 17 August, in order to elect a new Renamo president.

“They (the government) are signing an agreement with Ossufo, but Ossufo has no soldiers”, he added. “We are going to choose our leader, and if they don’t let us, then we shall take up our guns”.

Nhongo demanded Momade’s resignation and again claimed that he was “kidnapping and isolating” Renamo officers who had been close to his predecessor, the late Afonso Dhlakama.

When he arrived in Maputo on Thursday evening, Momade dismissed the Junta as “undisciplined deserters”, pointing out that he had been elected President of Renamo at a Party Congress held in January.