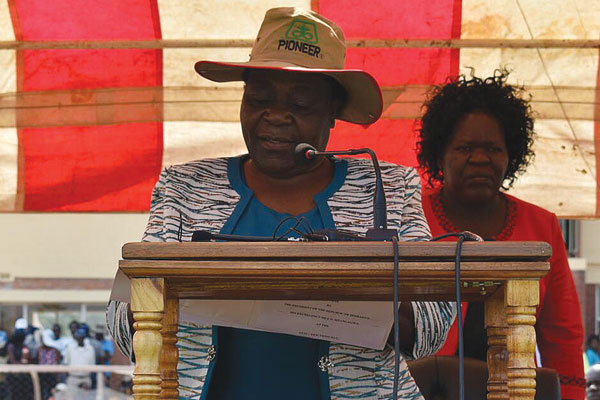 Ncube made the remarks yesterday when the Seventh-Day Adventist Church donated 22 tonnes of mealie-meal and 4,4 tonnes of beans to the vulnerable members of the community in Bulawayo.

She said people need more food now that the country was facing the challenge of trying to curb the COVID-19 pandemic and opportunists were taking this time to corruptly divert the food.

“In terms of food, people are very hungry and most retailers who are handling the food are very corrupt. They collect mealie meal from the millers for instance, five tonnes which will be meant for a certain neighbourhood, but they decide to sell half of the product and lock up the rest of the mealie meal,” she said. “Those are the very same people who are selling it on black market.”

She said some of them were caught selling it in Zambia in United States dollars while some found its way to Mozambique.

Ncube said the government was also facing challenges in handling returnees from abroad as some of them evade testing for COVID-19.

She said 3 000 returnees were expected from South Africa and some of them were resisting testing for COVID-19 which could lead to spread of the disease.

“The 3 000 returnees are yet to come and we have agreed that we (Zimbabwe and South Africa) share responsibilities so that everyone can be screened at the border,” she said.