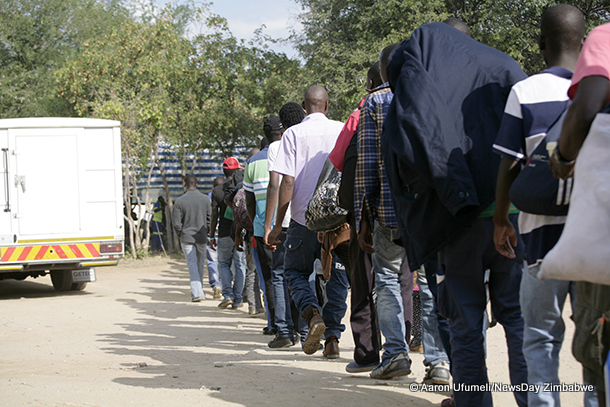 Zimbabwe has started the repatriation of its citizens in South Africa who are interested in returning to the country in the wake of the COVID-19 lockdowns.

Zimbabwe’s embassy in South Africa has organised a number of buses, the only catch is that those interested in returning home must pay for their trips.

The returning Zimbabweans are expected to leave Johannesburg tentatively on May 6 aboard Eagle Liner and Intercity buses.

They will leave from Lenasia, Starbus and Park Station.

The buses, which will only be allowed to ferry 70% of their carrying capacities, will depart at 10am and 3pm.

A ticket will cost R600 while luggage will be charged separately, the embassy said.

The Zimbabwean embassy said those wishing to return should produce travel documents before paying for the ticket.

Upon arrival, the returnees will be expected to go into quarantine facilities in Beitbridge.

Many Zimbabweans based in South Africa have indicated their preference to return to their native country due to unemployment and reduced prospects for jobs in the neighbouring country.

Zimbabwe has already begun repatriating its citizens from Botswana and Namibia as well.