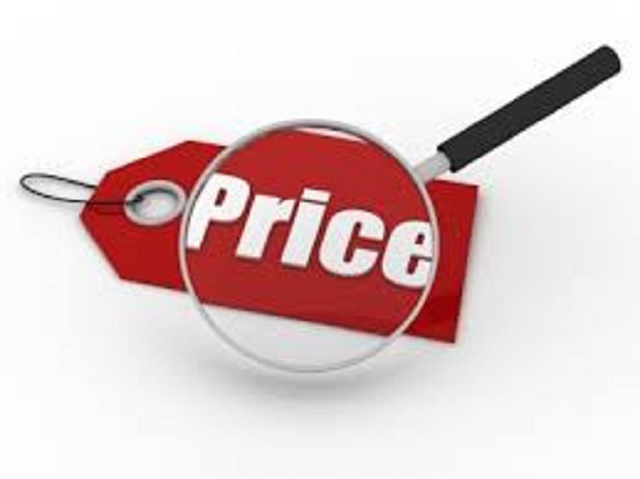 Dumisani Nsingo, Senior Business Reporter
THE Confederation of Zimbabwe Retailers (CRS) has embarked on an awareness outreach programme aimed at restoring normalcy in pricing of basic commodities at retail outlets across the country.

“As an association we have been carrying out awareness programmes across the country engaging various members at every level just to try and speak to them especially telling them the national narrative for them not to profiteer, speculate and engage in other activities that may actually affect or compromise the current development trajectory in the economy. One of the challenges has been the issue of inconsistency pricing. It has been quite rampant especially in the SMEs (Small to Medium Enterprises) retailers who don’t have particular models, which they are applying, especially pricing models,” he said.

Over the last two month retailers have been increasing prices of basic commodities regularly, triggering panic that led to artificial shortages. However, most of the goods are now available at most shops’ shelves countrywide albeit at exorbitant prices.

Mr Mutashu expressed optimism that the outreach programme being carried out by the retailers’ representative body was going to pay dividends culminating in price normalcy soon.

“We feel we may not have done enough but still the greater work we have done is quite encouraging because we have managed to reach out to the greater number of them (retailers) and engaged them so that they can actually practice responsible pricing because this is actually a national issue. We feel if you price your product according to the dictates of the law it is actually something that you would have also done in terms of your observation of community relations because you would want to keep your consumers happy so that they become repeat customers,” he said.

Mr Mutashu, however, bemoaned uncouth business conduct by some local suppliers that are demanding payment in United States (US) dollars for products supplied to retailers, leaving the latter with no choice but to adjust prices of the goods sold to consumers to obtain reasonable profits.

“As much as we may also have a situation where we have increased number of local suppliers, I think one critical issue that has been mentioned over and over again is the sudden change of trading terms whereby a lot of them are demanding to be paid in US dollars and some are demanding payment upfront but be that as it may, we are optimistic as a sector because we believe that this is a period that any economy can and may actually experience,” he said.

Mr Mutashu noted that the retail sector has experienced tremendous growth over the years.

“There is a greenlight and of course a much brighter future for the sector especially given the fact that we now have more indigenous retailers across the breadth of Zimbabwe, which is a record that has been achieved over many years in the country,” he said.

Mr Mutashu further reiterated that the retail sector’s contribution to the country’s economy should not be down played.

“If you look at the economic dynamics right now the retailing and wholesaling business is one of the biggest sectors in the country which is driving economic activity and even with the volume of transaction they are actually quite huge in the retail and wholesale sector,” he said.

Mr Mutashu said next year CRS would focus at improving standards of retail outlets, especially those owned by SMEs.

Meanwhile, CRS would be holding its Retailers and Wholesalers Annual Awards 2018 in Harare on 4 December after having successfully completed the regional competition. One of the recipients of the Matabeleland regional awards ceremony held two weeks ago was Max Hardware proprietor Mr Bhekimpilo Sithole who said the awards would go a long way towards motivating players in the retail and wholesale sectors to improving on service delivery. Max Hardware which is based in Bulawayo was one of the retailers that received an SMEs-Special Recognition Award.

“We owe this award to our customers who have been supporting us since we started our business in 2014. We are only just about four years old as a business and for us to be recognised alongside other reputable retailers that have been in the business for some time is quite a big achievement for us, an indication that people are recognising the effort we have put to keep our business afloat and the good service provision we offer to our clients,” said Mr Sithole.