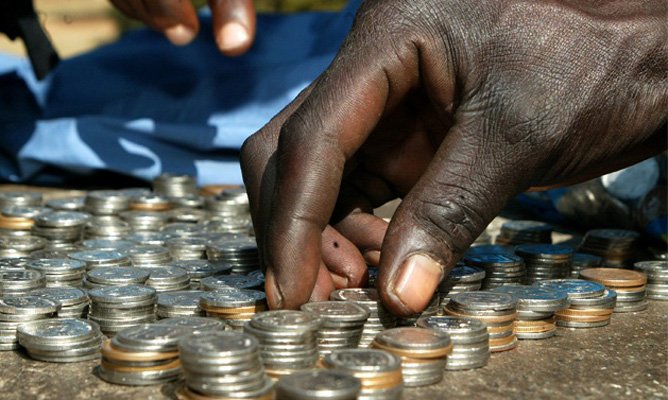 Ncube, a University of Cambridge-trained economist, was clear before his appointment in September that the bond note must be discarded because it was fuelling the currency crisis engulfing Zimbabwe.

However, the minister is now singing a different tune. He doesn’t seem to see the bond notes or the RTGS balances as the elephant in the room, if the 2009 budget is anything to go by.

However, the decision to impose duty on imported cars and other goods in foreign currency has raised many questions about Ncube’s position on currency reforms.

He justified the move by saying it was meant to “redirect use of scarce foreign currency to the productive sectors of the economy”.

The government, through the Zimbabwe Revenue Authority, is also now demanding that businesses that demand foreign currency for their goods and services should pay taxes in forex.

This scenario suggests that Ncube is no longer as clear as he was on the eve of his appointment on the route Zimbabwe will have to take to engender financial and monetary stability.

The budget did not define the currency in use as the projections and newly introduced levies pointed to the fact that the government is insisting that the bond note and RTGS balances are at par with the US dollar.

Ncube ignored the fact that the partial dollarisation driven by taxes charged in US dollars will hit the poor the hardest because they have no access to foreign currency.

The failure to draw a line in the sand concerning the currency in use means that pharmacies that were already charging in foreign currency will continue to do so.

Zimbabweans suffering from chronic illness and who can no longer afford the life-saving drugs sold in foreign currency were looking forward to the budget for relief, but Ncube had nothing for them.

As if that was not enough, the minister increased excise duty by seven cents per litre on diesel and paraffin as well as 6,5 cents on petrol.

Fuel suppliers will immediately pass on the cost to consumers and this will trigger price increases for goods and services.

Ncube needs to make good use of the feedback, on the budget especially on the currency issue, if he is to be a success in his new role.