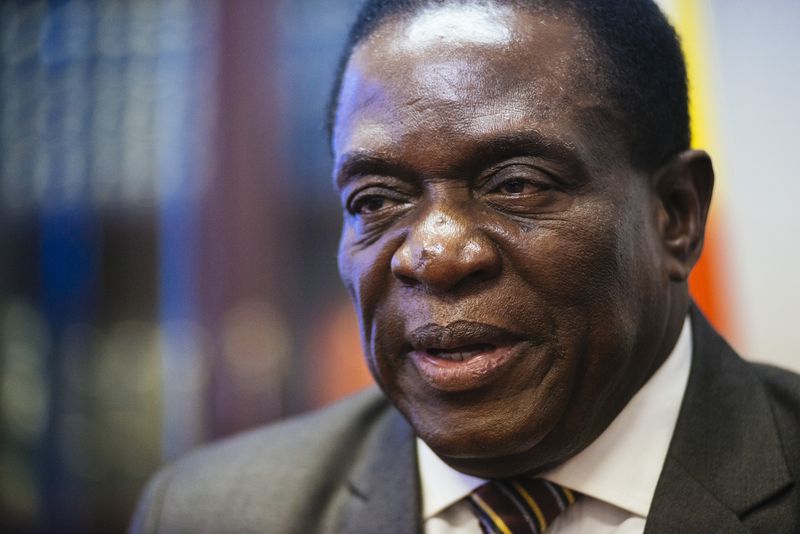 The legitimacy of Zimbabwe’s first election since Robert Mugabe quit after leading the nation for almost four decades has come under attack even before voters line up to cast their ballots, raising fears of a disputed result.

The legitimacy of Zimbabwe’s first election since Robert Mugabe quit after leading the nation for almost four decades has come under attack even before voters line up to cast their ballots, raising fears of a disputed result.

President Emmerson Mnangagwa, who replaced Mugabe in November and leads the ruling Zimbabwe African National Union-Patriotic Front, has promised a fair contest on July 30. Yet the main opposition Movement for Democratic Change says the necessary preconditions don’t exist and it’s threatened to prevent the election from going ahead, without specifying what action it will take. The MDC says the voters’ roll is inaccurate and controls over ballot papers are inadequate.

A failure to produce a credible election may thwart Mnangagwa’s efforts to rebuild an economy that was driven to ruin during Mugabe’s 37-year rule, with more than 90 percent unemployment. Despite the opposition’s criticisms, it has been able to campaign relatively freely in rural areas that it previously couldn’t access, and it’s unlikely to derail or boycott the vote, according to Piers Pigou, a consultant to the Brussels-based International Crisis Group.

“It’s a case of damned if you do, damned if you don’t,” Pigou told reporters in Johannesburg on July 16. “The opposition is confident that they’re getting to constituencies they weren’t getting to previously; they’ve been able to hold more than 60 campaign rallies. There’s a real chance for them to give Zanu-PF a run for their money. It’s a real gamble and they’re fully aware of all the limitations.”

About 5.6 million people have registered to vote for a new president, lawmakers and local government representatives. The front-runners in the presidential contest are Mnangagwa, 75, a former deputy president and spy chief, and MDC leader Nelson Chamisa, a 40-year-old lawyer and church pastor.

The election is the first since white-minority rule ended in 1980 that won’t feature Mugabe’s name on the ballot paper — he was forced to quit under threat of impeachment from the ruling party after the military briefly seized control of the country.

The Zimbabwe Electoral Commission is adamant that only those on the voters’ role will be able to cast ballots, but the opposition says the list includes the names of people who have died and are under age. And while the commission insists that the printing of ballot papers has been done in a transparent manner, it refused to allow political party representatives to observe the process.

“It’s a stalemate, a crisis,” Chamisa said by phone. “There’s been no transparency.”

The MDC also says proper procedures weren’t followed during the casting of more than 7,000 postal votes, that members of the police and military are being forced to mark their ballots under the watch of their commanding officers and that Zimbabweans abroad aren’t able to participate even though the constitution entitles them to.

Yet this year’s campaign has been a considerable improvement on the previous three, which were marred by widespread violence and intimidation. Mnangagwa has also encouraged greater international scrutiny of the vote by inviting observers from Western nations for the first time since 2002, helping kindle some hope that it may deliver a result most Zimbabweans will accept.

Observer teams from the European Union, Commonwealth and U.S. typically comment on the credibility of elections once they have been completed, and haven’t responded to the opposition’s criticism of the preparations or said whether they have met the required standards.

Elmar Brok, the chief observer for the EU team, did say the ballot-printing process wasn’t what was “expected,” but didn’t elaborate.

The ruling party declined to comment on the election’s legality, saying the electoral commission is the only body entitled to do so.

Judge Priscilla Chigumba, who chairs the electoral commission, has dismissed claims that the election had been compromised, telling state-controlled radio in an interview that criticism has to be viewed in the context of the political “silly season.”

Alex Magaisa, a Zimbabwean law lecturer who’s based at the University of Kent in the U.K. and helped design Zimbabwe’s 2013 constitution, said Chigumba and her panel have failed to demonstrate that they’re acting impartially and fairly applying the electoral laws.

“The trouble right now is that there are lots of people who are not persuaded that she and the ZEC are doing the right thing,” Magaisa said in a statement. “ZEC’s biggest challenge is its abysmal public relations. They don’t know how to communicate with a pensive and highly suspicious public.”

— With assistance by Pauline Bax, and Rene Vollgraaff